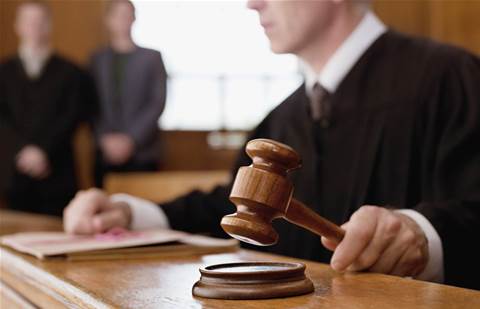 A Russian internet services provider that employed the creators of the widely adopted NGINX web server is now suing F5 Networks, which bought their startup last year for $670 million.

Rambler, a large internet portal, is also suing Igor Sysoev, who built NGINX initially as open source software while a developer there, former CTO Maxim Konavalov, who helped him commercialise the technology, as well as two venture capital firms, Runa Capital and E.venture Capital Partners, that funded the pair, on a claim they all conspired to steal its intellectual property. Rambler believes it deserves $750 million in total compensation.

The lawsuit, brought in federal court by Lynwood Investments, a company Rambler assigned the rights to pursue the case in the U.S., says Sysoev and Konavlov would “operate clandestinely” to keep the nature of their project hidden from their employer, even as they worked on NGINX during business hours from Rambler’s Moscow office, got help from other employees, and used Rambler resources to develop NGINX, including the large-scale internet traffic it handled as a “no-cost software test bed.”

The two men “brazenly stole an entire popular web server enterprise from their employer,” the complaint states. And after realizing its commercial potential, Sysoev and Konavalov went to “Silicon Valley to monetize their theft because they rightly assumed a large and profitable United States technology company would bid a high price.”

In May of 2019, F5 Networks bought NGINX, the startup they formed to commercialise NGINX.

“We are aware of the complaint that has been filed, in which F5 is named as a party. We’ll naturally take time to review the details with legal advisers,” F5 told CRN USA.

F5 noted the lawsuit, brought in the Northern District of California, isn’t Rambler’s first attempt to stake claim to NGINX.

“It’s a fact that Lynwood Investments and Rambler Group unsuccessfully pursued a criminal case in Russia against the co-founders of NGINX based on meritless copyright claims. Prosecutors terminated the investigation, having found no evidence against the NGINX co-founders,” F5 said.

The Lynwood lawsuit, filed June 8, argues NGINX was developed “on Rambler’s dime, using Rambler equipment, infrastructure, resources and talent.” During the many years that work was taking place, the NGINX creators were “closely guarding the software’s technical and commercial development and value from discovery by Rambler’s senior management.”

They covered up their scheme partly by deleting electronic records and even destroying Rambler servers containing evidence of their work, the lawsuit claims.

But a forensic investigation conducted by Rambler recovered “numerous smoking guns” proving the work was done and then purposefully hidden.

Sysoev started writing the NGINX webserver in 2001, after a year working for Rambler. He had become a systems administrator there three months earlier, tasked with solving problems that arose from handling large volumes of web server traffic, the lawsuit says.

Sysoev launched the NGINX startup in 2011. He said at the time the demands of maintaining the open source project became impossible to juggle with full-time employment as a Rambler administrator.

In its early days, the San Francisco-based company's guiding strategy was to develop and integrate load balancers and all the other functionality that stands in front of its core open-source web server—a market dominated by Seattle-based F5 Networks. That would make online applications faster, more secure and reliable.

Two years later, the startup began shipping NGINX Plus—the enterprise solution that accounted for 95 percent of revenue up until the F5 deal.

NGINX saw early success selling to very technologically savvy companies, the likes of Zendesk and Salesforce, that weren't buying through the channel. But that dynamic changed as traditional enterprises increasingly focused on digital engagement, and found they needed to serve more-sophisticated web applications to customers and internal users.

7 steps to MSP success: from pricing to specialisation
By Joseph Tsidulko
Jun 18 2020
1:16PM