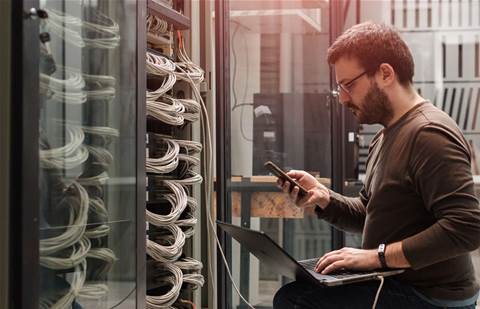 Application delivery specialist F5 Networks has revealed its plans to acquire Volterra, a four-year-old startup with an edge-as-a-service platform, for about US$500 million.

The definitive agreement announced on Thursday, January 7, will involve F5 acquiring all issued and outstanding shares of privately held Volterra for approximately US$440 million in cash and approximately US$60 million in deferred consideration and assumed unvested incentive compensation to founders and employees, according to the two companies.

F5 expects the deal will strengthen its position in enterprise application security and delivery. Together with the Volterra platform, F5 will be building a secure, app-driven edge platform, Edge 2.0, with “unlimited scale” for enterprises and service providers, F5 said in a statement.

“With Volterra, we advance our Adaptive Applications vision with an Edge 2.0 platform that solves the complex multi-cloud reality enterprise customers confront.”

Founded in California, Volterra owns a platform that lets enterprises build, deploy, secure and operate applications and data in a uniform fashion across all public and private clouds and edge compute environments.

“The need to deliver rich digital experiences has meant that more and more of our customers are asking for expanded security and reliability features that are seamlessly integrated across their clouds and edge deployments,” Volterra founder and CEO Ankur Singla said in a blog post on the announcement.

“As part of F5, we will have access to industry-leading app security capabilities to augment our unique SaaS-based networking, security and app management platform. We also get immediate access to a top-tier go-to-market team that has the deep industry experience in the app delivery and security market.”

Prior to starting Volterra, Singla founded and let software-defined networking company Contrail, which was purchased by Juniper in 2012 for US$176 million.

As a result of the deal, F5 is expanding its total revenue growth expectations for its fiscal years 2021 and 2022. F5 is also repeating its commitment to US$1 billion in share repurchases in the next two years, including a US$500 million accelerated share repurchase in fiscal year 2021.