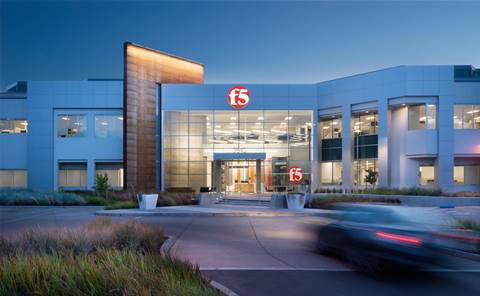 F5 has agreed to buy cloud security company Threat Stack to enhance visibility across application infrastructure and workloads and adopt consistent security in the cloud.

“Applications are the backbone of today’s modern businesses, and protecting them is mission critical for our customers,” Haiyan Song, F5’s executive vice president of security, said in a statement. “Threat Stack brings technology and talent that will strengthen F5’s security capabilities and further our adaptive applications vision with broader cloud observability and actionable security insights for customers.”

F5 will pay US$68 million to acquire Threat Stack, and the transaction is expected to add US$15 million in revenue without any change to the company’s previously stated operating margin targets during the fiscal year ending Sept. 30, 2022. The deal is expected to close by the end of 2021, and F5 declined to make executives available to additional comment.

The company’s stock is down US$2.39 (1.17 percent) to US$202.19 per share in morning trading. F5’s proposed acquisition of Threat Stack was announced shortly before the market opened Monday.

Threat Stack was founded in 2012, employs 105 people, and has raised US$72.3 million in six rounds of outside funding. The company most recently closed a US$45 million Series C funding round in September 2017 led by F-Prime Capital Partners and Eight Roads Ventures.

The company has been led since May 2015 by Brian Ahern, who had previously founded, led, and sold automation system management vendor Industrial Defender to Lockheed Martin.

An F5 spokesperson told CRN Ahern will join the company once the acquisition closes, though Ahern wasn’t quoted or mentioned in the press release about the acquisition itself.

Applications are a focal point for cybercriminals, F5 said, with attacks, fraud, and disrupted customer experiences costing businesses more than US$100 billion a year. Digital experiences are increasingly powered by applications distributed across multiple environments and deeply connected through APIs, according to F5.

This significantly expands potential entry points for attackers and requires greater visibility and context to identify and neutralize threats, F5 said. Organizations face the daunting challenge of accelerating digital innovation to stay competitive while mitigating a widening range of sophisticated adversaries and threats, according to F5.

Threat Stack works with resellers to guide customers through digital transformations, according to the company’s website. The company prides itself on being an Amazon Web Services (AWS) Advanced Technology Partner with a Security and Container Competency, and said it also supports Microsoft Azure and Google Cloud Platform (GCP).

The Threat Stack transaction comes eight months after the company bought Volterra for US$500 million to build a secure and scalable edge platform for enterprises and service providers. F5 in 2019 bought Shape Security for US$1 billion to protect customers from automated attacks, botnets, and targeted fraud and purchased NGINX for US$670 million to help companies deliver faster, more compelling digital experiences.

Eliminating departmental friction within MSPs
By Michael Novinson
Sep 21 2021
6:48AM