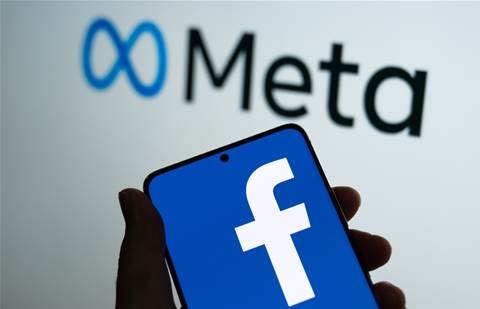 Facebook parent company Meta is building what it said will become the world’s “fastest AI supercomputer” later this year with the largest deployment of Nvidia’s DGX A100 systems to date.

The tech giant said that its new AI Research SuperCluster, revealed Monday, will use a total of 16,000 Nvidia A100 GPUs to train gigantic AI models for a variety of purposes related to the company’s buzzy “metaverse” aspirations when the cluster is fully built out in mid-2022.

The AI Research SuperCluster is already operational and currently consists of 760 Nvidia DGX A100 systems for a total of 6080 GPUs, which Meta said is 20 times faster for running computer vision applications and three times faster for training large natural language processing models compared to an earlier cluster with 22,000 Nvidia V100 GPUs.

These DGX A100 systems are connected over an Nvidia Quantum 200 GB/s InfiniBand fabric, which Meta said will make it the “one of the largest such networks” when the full cluster is completed.

When the full cluster is built out, Meta said the AI Research SuperCluster will be capable of performing nearly 5 exaflops of mixed precision compute or 5 quintillion calculations per second.

In a blog post, Meta employees Kevin Lee and Shubho Sengupta said this unprecedented level of AI computing capability is necessary to train large, adaptable and complex models — some of which will have more than a trillion parameters and data sets as large as an exabyte — for advanced AI applications like computer vision, natural language processing and speech recognition.

These applications will play a central role in Meta’s goal of building the metaverse, a term taken from author Neal Stephenson’s dystopian sci-fi novel “Snow Crash” that Meta is using to describe a computing platform for a 3-D virtual environment where people can gather for a range of activities.

Lee and Sengupta said the AI Research SuperCluster will help Meta “build entirely new AI systems” to support its metaverse dreams, including a system that can translate voices in real time to large groups of people who speak different languages. It will also be used to train new AI models that can “seamlessly analyse text, images and video together” as well as develop new augmented reality tools.

“We expect such a step function change in compute capability to enable us not only to create more accurate AI models for our existing services, but also to enable completely new user experiences, especially in the metaverse,” Lee and Sengupta wrote.

The new Nvidia supercomputer was announced as the GPU maker faces increased competition from rivals Intel and AMD this year.

Intel has been significantly ramping up its AI efforts over the past few years, which includes its US$2 billion acquisition of AI chip startup Habana Labs in 2019. The semiconductor giant is making a major push into the discrete GPU market in 2022, which will include its new Ponte Vecchio GPU that will power the US Department of Energy’s Aurora supercomputer that is expected to go online later this year.

AMD, on the other hand, launched a new data centre GPU line last fall, the Instinct MI200 series, which the chipmaker said is up to 4.9 times faster for HPC applications and up to 20 percent faster for AI applications compared to the 400-watt SXM version of Nvidia’s flagship A100 GPU.

Grow your software revenue by selling these 5 affordable, essential tools for the modern workplace
By Dylan Martin
Jan 25 2022
11:36AM