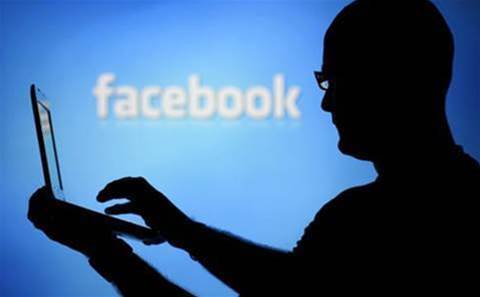 Most of the 87 million people whose data was shared with Cambridge Analytica, which worked on US President Donald Trump's 2016 campaign, were in the United States, Facebook chief technology officer Mike Schroepfer wrote in a blog post.

The company released a graph setting out the number of people it estimated had been affected from each country, which revealed 311,000 Australians' data may have been improperly shared.

Facebook said it was taking steps to restrict the personal data available to third-party app developers.

The world's largest social media company has been hammered by investors and faces anger from users, advertisers and lawmakers after a series of scandals about fake news stories, election-meddling and privacy.

Last month, Facebook acknowledged that personal information about millions of users wrongly ended up in the hands of Cambridge Analytica.

Facebook chief executive Mark Zuckerberg will testify about the matter next week.

Shares in Facebook were down 1.4 percent on Wednesday to US$153.90. They are down more than 16 percent since the Cambridge Analytica scandal broke.

The previous estimate of more than 50 million Facebook users affected by the data leak came from two newspapers, the New York Times and London's Observer, based on their investigations of Cambridge Analytica.

Schroepfer did not provide details of how Facebook came to determine its higher estimate, but he said Facebook would tell people if their information may have been improperly shared with Cambridge Analytica.

A representative from Cambridge Analytica could not immediately be reached for comment.

The British-based consultancy has denied wrongdoing. It says it engaged a university professor "in good faith" to collect Facebook data in a manner similar to how other third-party app developers have harvested personal information.

The scandal has kicked off investigations by Britain's Information Commissioner's Office, the US Federal Trade Commission and by some 37 US state attorneys general.

Nigeria's government will investigate allegations of improper involvement by Cambridge Analytica in that country's 2007 and 2015 elections, a presidency spokesman said this week. 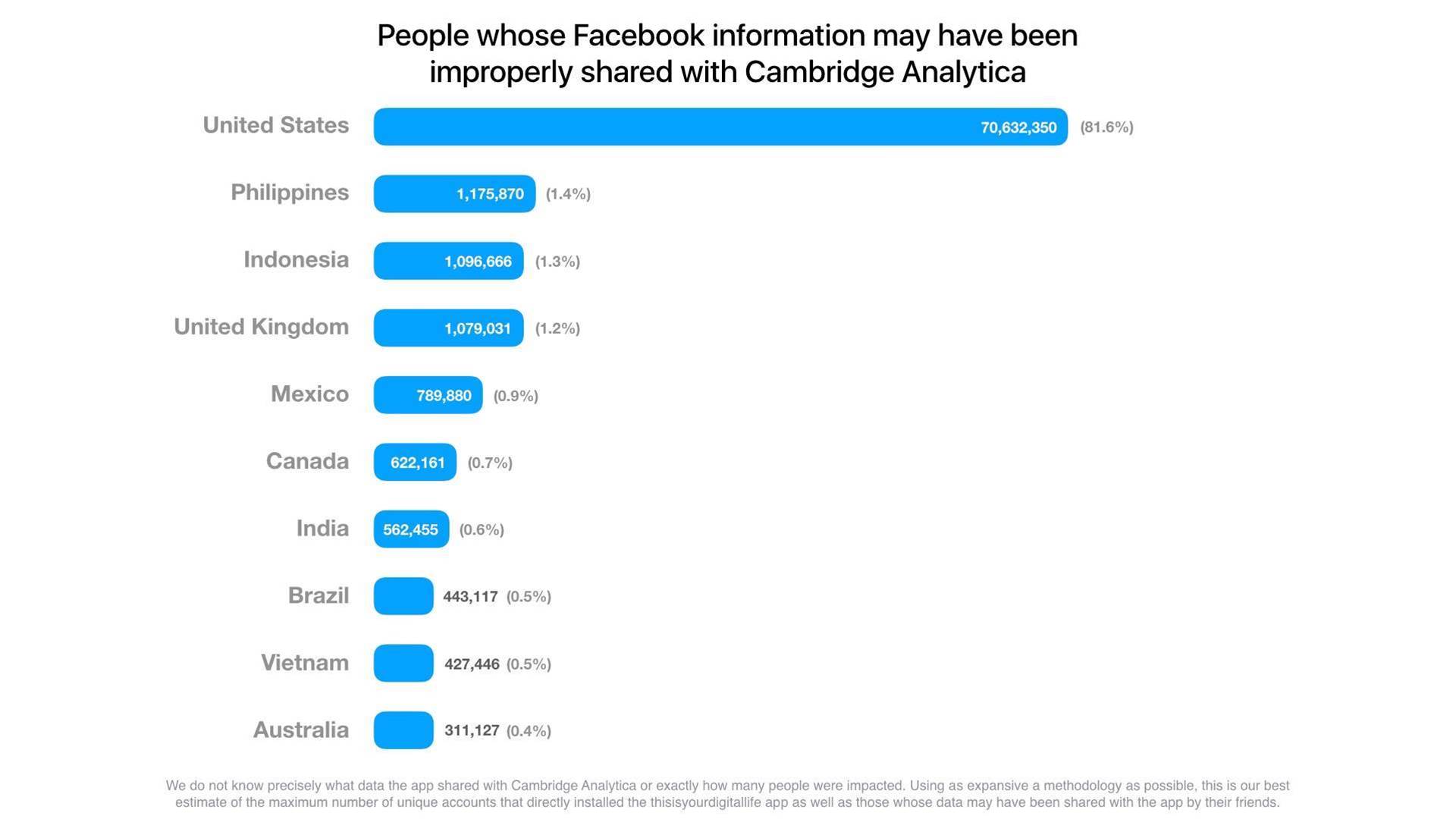