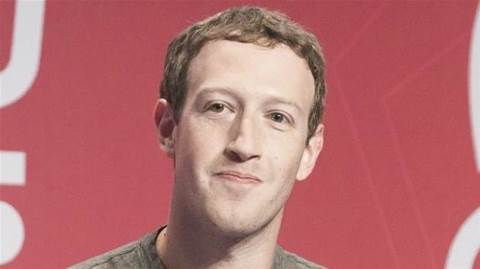 In a direct assault on Zoom’s popular video software, Facebook is rolling out free video calling for up to 50 people through its Facebook and Facebook Messenger applications.

The social networking behemoth revealed a series of video-calling features to help users stay connected during the COVID-19 pandemic, which has caused businesses to shut their doors and millions of employees and students to work and learn from home in an effort to slow the spread of the virus.

Perhaps the most significant update is Messenger Rooms, which lets users create and join group video calls via computers or smartphones with no time limits or required downloads. Hosts can invite anyone, even if the user doesn't have a Facebook account, to join, and the rooms in the future will be able to accommodate up to 50 users, compared to Messenger video calls today which are limited to eight users, according to Facebook.

Messenger Rooms, appears to target cloud-based video specialists like Zoom, which offers an easy-to-use platform and is currently experiencing staggering growth. Zoom this week announced that it had surpassed 300 million daily users -- which represents a 50 percent jump up in its user base in the past three weeks -- despite security and data privacy concerns that have plagued the company. Zoom allows up to 100 users to videoconference at the same time per meeting.

From a security standpoint, video calls launched in Messenger Rooms can only begin once the host is present and the host can remove guests at any time. Attendee names and entire rooms can be reported if they violated Facebook’s Community Standards, according to Menlo Park, Calif.-based Facebook.

Similar to Zoom, users can also choose a virtual background, such as luxury apartment backdrops and beach scenes.

"Lately, Facebook has felt the demand for real-time video. Between WhatsApp and Messenger, more than 700 million accounts participate in calls every day. In many countries, video calling on Messenger and WhatsApp more than doubled," the company said in a statement introducing Messenger Rooms.

Messenger Rooms is available today in specific countries, with availability coming to others countries, including the U.S., in the next few weeks, the firm said. Messenger Rooms will also be connected to Facebook's other platforms, including photo sharing app Instagram, messaging app WhatsApp, and device management app Portal, down the road, the company said.