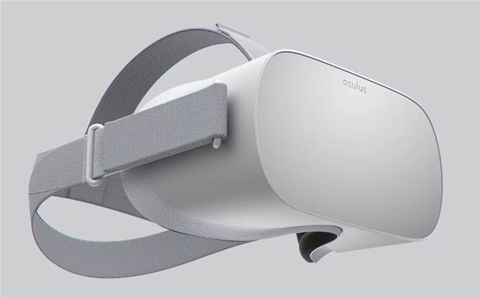 Zuckerberg, speaking at a conference for virtual reality developers, said the "Oculus Go" device would cost US$199 and ship early next year, too late for this year's holiday shopping season but likely ahead of rivals.

Facebook has invested heavily in virtual reality hardware in hopes the technology, which offers a 360-degree panoramic view of faraway or imaginary spaces, will move from a niche interest to a widely used platform for gaming, communication and business applications.

In 2014, Facebook paid US$3 billion to acquire Oculus and retain its employees.

The new standalone headset will differentiate itself from the rival Vive system made by HTC and the Google Daydream headset, made by Alphabet

Consumers could be attracted to the Oculus Go if it had enough interesting material, such as games and movies, said Stephanie Llamas, vice president of research at Super Data, a research firm.

"The Oculus Go has potential to be a huge driver of growth, but only if its up to consumer standards," she said in an email.

Facebook will permanently cut the price of the Oculus Rift system to US$399 from US$499, the company said.

Beyond price cuts and new products, Facebook is trying a variety of ways to attract more people to the virtual-reality medium.

The company has been developing software known as Facebook Spaces that allows friends to meet in virtual rooms, and it said it will soon integrate live video.

On Wednesday, the company said it was releasing new technology to create better, customised facial images, or avatars, and would soon add the ability to use playing cards in Facebook Spaces, in addition to the dice it already has.