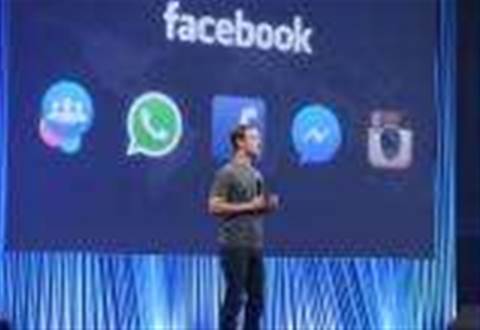 At Facebook F8, Facebook took its next step towards becoming the dominant platform for business to consumer communications for the next decade and beyond. Forget Google: if you're a business, Facebook just made itself the most important comms channel in your world. And it's all due to Facebook Messenger.

Users hated Facebook for splitting Messenger out of the main mobile app, but the reason for its decision – and why it was right to do so – is now clear. Messenger is no longer just a sweet little extra which the company uses to keep you on the site. It's a core platform in its own right, designed not just to keep people talking but also to replace a whole category of business to consumer communications.

The example the company used of replacing tracking alerts for orders seems small and innocuous enough. If you've ever spent time waiting for a package, getting real-time alerts about its status which don't get lost in the quagmire of email sounds great. And it's easy to imagine simple extensions to this: suppose the courier delivering your package could keep you up to date about where he was. When you're sat at home wondering when something will be delivered, the idea of a drive being able to send you a message if he's unsure about your sounds good too.

Add in Facebook's ability to know both your personal location (if you've allowed Messenger or one of their other apps to track it) and the location of the courier and you can see how it could be extended to make deliveries come to you, know matter where you are.

Replacing email as a channel for business to consumer communications is just the start. When Facebook talks about creating a platform, it's not just thinking about developers: platforms are also, ultimately, for advertisers too.

So where is the advertising opportunity with Messenger? What is unlikely to happen is a straight play where Facebook allows companies to send messages for money to a target group. If it did so, your phone would quickly become a buzzing, binging nightmare as companies pinged you with offers at all times of the day and night. And that would lead, very quickly, to users either throwing their phones out of the window, or (more likely) uninstalling Facebook Messenger and never downloading it again.

Instead, it's likely that at first Facebook will use Messenger interactions as a source of data for your social graph, which is then used to target better ads to you when you're on Facebook's site or in the main Facebook app. Ads, if and when they come to Messenger, will be very “light touch” and – potentially – in a more native form.

Importantly, they will also almost certainly only be allowed from companies that the user has already got a relationship with, via Liking that company's Page on Facebook. Yes, getting users to Like your Page and building a relationship with them through content on it is going to become more important again. Advertising into Messenger to users who you don't have any relationship with isn't going to happen until Facebook can work out how to make that a reasonable experience for the user, as well as the advertiser.

With 890 million daily users globally, Facebook was already important. With Facebook Messenger becoming its own platform, it just made itself vital. As a business you now need to spend a lot of your time working out how to engage with people via Facebook and make the most the new platforms it's offering.