FaceTime over 3G coming to iOS 6 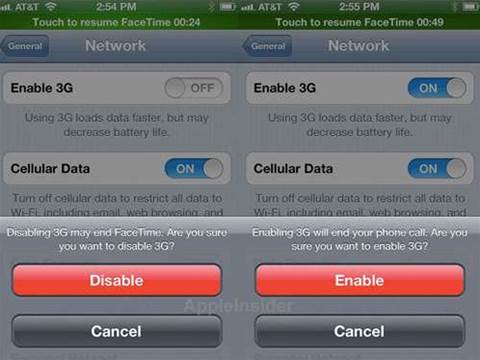 The latest version of iOS 5.1.1 contains a warning which suggests that 3G FaceTime support will be included in iOS 6, Apple Insider reports.

The warning in question states that disabling 3G may end FaceTime, implying Apple users will soon be able to free themselves from the shackles of wifFi FaceTime calls once and for all.

3G FaceTime is the latest feature rumoured to be in iOS 6, in addition to Notes and Reminders backup support and the ditching of Google maps, all expected to be unveiled on June 11th at Apple's WWDC.

Eliminating departmental friction within MSPs
By Esat Dedezade
May 22 2012
1:51PM