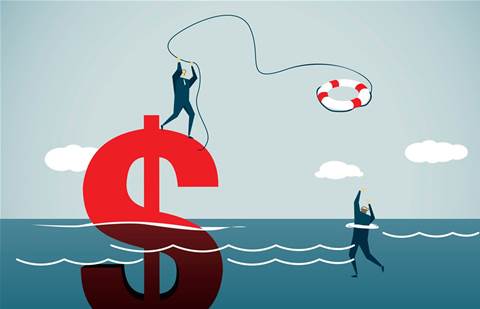 Canary was one of several potential suitors for Veriluma’s two entities, Veriluma Limited and Veriluma Software. Administrators had been sizing up their rival bids to recapitalise the ASX-listed company, which fell over in late 2017 after ongoing cash-flow difficulties and millions in losses.

Veriluma revealed it had received proposals to recapitalise the company through a deed of company arrangement (DOCA) from Bennelong Capital, Canary Capital, CPS Capital, Panorama Technology Services and IT Capital.

The proposals had different – and somewhat complicated – structures, and each was amended at least once over the course of negotiations.

During Veriluma’s voluntary administration period, Canary Capital advanced $100,000 into the company’s creditors trust, which it proposed was not refundable to them as long as their total acquisition bid was accepted. Canary also agreed to absorb responsibility for chief executive and director creditor Elizabeth Whitelock’s entitlements if successful.

Panorama Technology offered $720,000 but did not have an arrangement for Whitelock’s entitlements, valuing their offer at $620,000 in the eyes of the administrators.

Administrators also received a proposal from Cube Capital on behalf of IT Capital to buy the intellectual property, software and other assets of both companies for $200,000, which it recommended against.

Once Canary’s deed proposal is signed off, the company will provide an additional $560,000 into the creditors' pool, to obtained by a capital raising in which 366 million Veriluma shares will be issued at no less than $0.003 to raise $1.1 million.

Veriluma will then fall under the control of a new director structure.

Veriluma entered administration when its board forecast it was insolvent or likely to become insolvent due to financial strain following the company’s September 2016 reverse listing on the ASX.

In its 2017 financial year report, Veriluma reported a consolidated loss of $14.4 million, of which $12.56 million was the one-off expense of its reverse takeover of Parmelia Resources. Its revenue was $146,266.

During the listing process, the company raised $3.5 million in new capital, however, by 15 November 2017, the company’s cash balance had substantially reduced to about $200,000 and it had liabilities of about $700,000, the company revealed to the ASX.

Company directors also pinned the companies’ demise on the failure of the board to agree on direction and strategy, according to administrator Jirsch Sutherland.

Jamieson Louttit & Associates’ replacement followed shareholder unrest when an annual general meeting held by the administrator was cut short after just two minutes. Shareholders argued there were conflicts of interest related to the board’s appointment of Louttit & Associates, according to a report by the Australian Financial Review.

Jirsch Sutherland estimates creditor claims across both entities to total $591,617.

Estimated employee claims as of 15 November 2017 total $89,512, comprising wages, superannuation, accrued leave and payment in lieu of notice and redundancy.

Prior to the company entering administration, Veriluma Limited had three permanent employees, who CRN understand to be directors Richard Anstey and Laurence Hammond, who have since resigned, and Whitelock.

Veriluma was established in 2010 by Whitelock as its founding shareholder.

Eliminating departmental friction within MSPs
By Michael Jenkin
Feb 22 2018
6:34AM