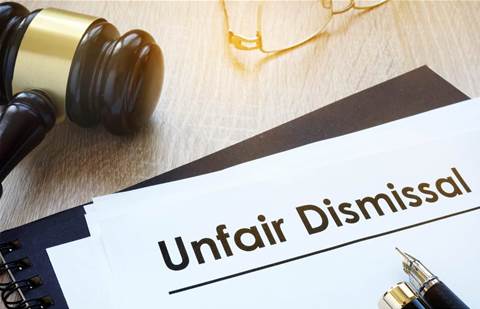 Alan Cheek, the company’s former NSW project manager, was dismissed on 20 December, allegedly for “unsatisfactory performance and conduct”. He sought compensation for the time between when his notice expired up until the date that he gained new employment on 2 March, which equated to $18,980.

“I have not found any misconduct by Cheek that contributed to his dismissal. I find that his dismissal was unfair and unreasonable.” Fair Work Commissioner Bernie Riordan said in the ruling.

He ruled that ELB should pay Cheek nine days pay (less appropriate tax), including his statutory superannuation entitlement within 14 days.

In the formal warning letter issued to Cheek one month prior, ELB accused him of insubordination, being absent from work frequently and not communicating well with his manager, ELB managing director Marie Kaliviotis.

The company also alleged that Cheek had been unable to deliver projects on time and within budget while not showing any urgency or escalation.

“This is your first warning letter. Your employment may be terminated if performance and conduct does not demonstrate improvement over the next four weeks,” the letter read.

Prior to his firing in December, Cheek had only been at work for 13 days between the issuance of the warning letter on 17 November and his dismissal on 20 December after taking 5 days sick leave and 5 days pre-arranged annual leave.

ELB also did not give Cheek any allegations in writing upon his termination, and was also not given a chance to provide a considered and written response.

Cheek said he was not aware that his performance had not been satisfactory and claimed the delays in the projects he was managing was due to the lack of skilled installation staff across the company.

He also said he was bullied and harassed at work, copping verbal abuse, false accusations and threatening emails. He was also barred from entering Kaliviotis’ office or from directly talking to her.

ELB maintained that Cheek’s performance warranted the termination and that he did not show any signs of improvement following the provision of the warning letter.

“[Cheek’s] performance deteriorated to the point where his colleagues believed that he just did not care anymore and displayed an ostensibly blasé attitude,” ELB argued.

Riordan determined that Cheek was not given enough time to respond to the allegations and that Kaliviotis already made up her mind to terminate him prior to the meeting, as evidenced by the already prepared and signed termination letter.

He also questioned the evidence put forward by Kaliviotis as well as the witness evidence, saying they were unconvincing and contradictory, respectively.

“Although I have already found that ELB had a valid reason to terminate Cheek, that does not mean that his termination was not harsh, unjust or unreasonable,” Riordan said.

CRN has reached out to ELB and Alan Cheek for comment.