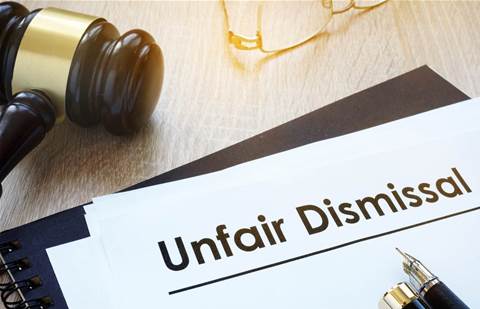 Brisbane-based IT distributor Compuworld has been ordered by the Fair Work Commission to pay a former staff member more than $52,000 after she was found to be unfairly dismissed.

Fair Work ruled that the company contravened the Fair Work Act when it made Anna Liu — its former receptionist and accounts officer — redundant due to her pregnancy and after she asked to take personal leave to tend to gestational diabetes, which came as a result of the pregnancy.

In the ruling, Fair Work deputy president Ingrid Asbury said, “It is clear from the evidence that when the adverse action was taken against [Liu]; she was pregnant and had sought personal leave to deal with her gestational diabetes.”

“I am also satisfied that prior to 30 November 2018 when adverse action was taken against [Liu], the directors and managers of [Compuworld] knew that she was pregnant.”

Liu had been working full time at Compuworld since 2008 but was dismissed in late 2018. In her termination letter, company director Janice Chang cited that the full-time position would “cease” following a review of operational requirements due to a downturn in sales, with a possibility of converting the role into a casual position.

Liu rejected the offer of a casual position and claimed she was dismissed, alleging that her dismissal was related to her exercising her workplace rights and due to her pregnancy and a separate condition that resulted from it.

Liu then made a claim for compensation in respect of statutory entitlements, loss of past and future earnings and hurt humiliation and distress. She sought a total of $96,100 in damages.

Court documents reveal that before Liu was terminated, she raised issues related to her sick leave entitlements to attend to medical appointments related to her pregnancy at the time, an addition to the separate condition.

Liu also asserted that Compuworld directors and managers were aware that she was pregnant and had intended to take maternity leave.

She also raised some previous issues with her leave and award entitlements, with some that dated back to as early as 2016. Liu alleged that her sick leave at the time was deducted from her annual leave balance and that a manager, Kevin Chen, had destroyed the medical certificates due to having “too much paperwork”.

Liu approached Compuworld director Wallace Chen, who just told her “no one has annual leave loading and [Compuworld] did not follow award entitlements”. Liu alleges these concerns were never fully resolved.

Eliminating departmental friction within MSPs
By Nico Arboleda
May 25 2020
12:35PM