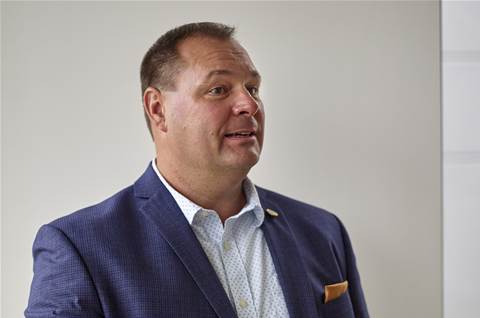 Ascention Services, data management specialists and second on CRN’s Fast 50, has expanded its operations into the New Zealand market.

In January, Derek Holt was appointed as the New Zealand country manager and now the Auckland office is open and ready for business.

The company recently launched Citizen 360, a solution for the management and analytics of citizen data, and was named in Gartner’s 2020 market guide for master data management (MDM) external service providers.

Founder and chief executive Daniel Cox explained that crossing the ditch is a first, strategic step in a larger plan, with Southeast Asia possibly next on the list.

“(NZ gives us) the ability to cut our teeth on an expansion and really get the model and the process right. There are a lot of synergies that Australia has with New Zealand. A lot of the compliance elements that New Zealand has have been modelled off of Australia, and Australia’s modelled off New Zealand. And, with data sovereignty rules, ANZ act as a singular country.

“People are relatively culturally similar and we share a first language. When we start to move into Southeast Asia, a lot of those countries’ personnel will have good, solid English but as it's often not their first language, it can be a slight barrier. We'd like to make sure that we've got our processes down first.”

After moving to New Zealand about 20 years ago, Derek Holt settled into IT recruitment until he was tapped by former college room-mate, Dan Cox.

Excited to be back in a technology role, Holt is approaching his new role like a “shark”, said Cox. Holt said he believes the New Zealand Government is an ideal customer for the services and solutions that Ascention provides.

“I attended the fourth annual digital transformation conference in Wellington in late October, and they encouraged all vendors to approach them with what they are doing and how they're doing it. I got the feeling that they're really looking to engage with new and creative vendors; that they have an open mind rather than just being guided along by some of the traditional big boys.

“I've watched what they've done with IRD (NZ’s tax department) and a lot of the other agencies, however, I think there's a long way to go to for some, health being one of them. It's a perfect time to come in being a niche player, being the best at what we do, and having successful implementations with both federal, state and local governments within Australia.”

“A lot of (NZ) SI’s are generalists, where Australia is a large enough market where we can specialise in just the slice that we do. Now, I'm not saying that Datacom don't do amazing work – they do. However, they don't specialise in the niche segments that we do and they haven't pushed down some of the products with the complexity that we're able to do.

“The maturity of the market right now is definitely prime for (our) offerings. The government is looking and, with the digital privacy laws coming into play, it's really going to be imperative that people have clean data, that they know where it's coming from and the lineage of it.”

Ascension has a few irons in the Kiwi fires right now, including a submission to NZ’s Ministry of Health. Whatever comes next for the company, this is certainly an expansion experiment worth watching.