Faulty batteries cause fire at Samsung SDI plant in China 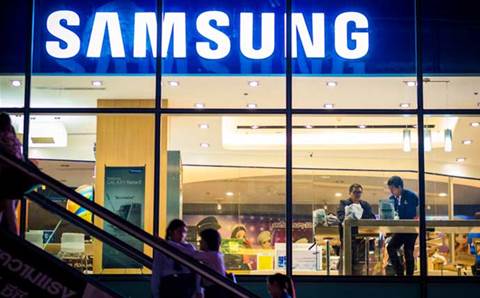 A minor fire that broke out at a Samsung SDI factory in China was caused by waste products including faulty batteries, the Korean company and local emergency services said on Wednesday.

The fire broke out at the Samsung Electronics affiliate's factory in the northern Chinese city of Tianjin and has been extinguished, a Samsung spokesman said, adding that there were no casualties or significant impact to the plant's operations.

The fire broke out not on the production line itself but in a part of the facility used for waste, including faulty batteries, said Samsung SDI spokesman Shin Yong-doo. He added that most of the factory was running as normal.

The local fire department, however, said on its microblog that the fire was caused by batteries inside the facility.

The "material that caught fire was lithium batteries inside the production workshops and some half-finished products", the Wuqing branch of the Tianjin Fire Department said in a post on its verified Sina Weibo account. It added it had sent out 110 firefighters and 19 trucks to put out the fire.

SDI is set to start supplying batteries for Samsung's upcoming flagship smartphone Galaxy S8 in the first quarter of this year. The S8 replaces the Galaxy Note 7 mode, which suffered a global recall last year due to battery defects.

Samsung said last month that SDI and China's Amperex Technology, the two battery suppliers for the Note 7, were to blame for the product failure that cost it US$5.3 billion in operating profit.

The Tianjin plant is one of five production centers by SDI in China and a major one for small batteries used in phones.

Grabbing the hybrid cloud opportunity with Lenovo and Azure Services
By Sijia Jiang and Hyunjoo Jin
Feb 9 2017
6:40AM