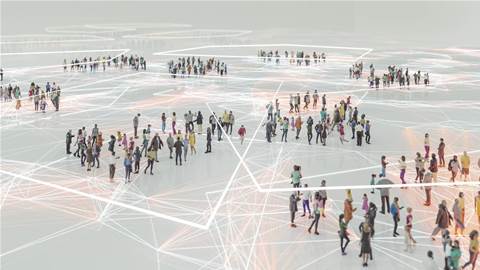 The Federal Government’s $17.6 billion economic response to the spread of COVID-19, with $700 million set aside to increase its instant asset write off threshold from $30,000 to $150,000, will be a good start for organisations trying to stay afloat, several analysts have said.

PwC Australia tax partner, Ellen Thomas told CRN, that with the increase in the instant asset threshold and by expanding who can access it, the firm would expect any businesses that have sufficient funds and capital expenditure requirements to bring forward spending in order to take advantage of the stimulus package measures.

“For businesses that are experiencing difficulties from the impact of COVID-19, the ATO has separately announced a range of support measures that include low interest payment arrangements and deferral options,” she said.

Australian Computer Society (ACS) CEO Andrew Johnson said most of the businesses taking advantage of the increase instant asset threshold will be businesses who have been travelling well this financial year, and are now incentivised to bring forward purchases planned for next financial year.

“In technology, that would be network infrastructure spend,” he said. “There can be no doubt that this initiative will keep Australian’s in jobs.”

Johnson believes lifting the threshold for organisations turning over $50M to less than $500M until 30 June 2020 was an important step, because even a $30K purchase for a small business was significant, especially it wasn’t not mission critical.

“In the small business end of the range, you would anticipate businesses focusing on maintenance of existing assets and extending useful life rather than a new capital spend.”

Technology is already demonstrating its great enabling power and keeping society going to navigate the COVID-19 pandemic.  You can see lots of spend on mobility through laptops and tablets, and connectivity devices to enable more teams to work from home, the rolling out of collaboration tools and video conferencing software for the first time.  It is only early

“I think what's happening is a lot of the larger enterprises have said don't talk to me about projects," Sweeney told CRN. “They are just focused on how I’m going to keep the business running."

According to Sweeney some of these businesses have purchased over 800 laptops to give to staff to be deployed.

"We are going to see – in the short term, IT executives scrambling to keep staff working not only in social isolation, but full lock down," he said.

Johnson said the stimulus was a well thought-out start, however cash flow for small businesses is where the most need is at the moment.

“I would like to see the Boosting Cash Flow for Employers extended in the second round of stimulus, and inject more resourcing into small businesses to minimise any loss of diversity and capability in our economy over the next six months,” he said.

Sweeney said the Government needs to make have its own “digital education revolution stimulus” going directly to families in a second round of stimulus, if it wants to have some kind of “positive impact on the economy”.

He said if the Government wants to get ahead of the economic curve, they might want to look at a trickle up scenario and not trickle down.

"History has always shown that when anything affects the mainstream economy it’s going to impact workers and they are the ones that need help," he said.

“Libraries have internet access but they are likely to close because it would be easy for the virus to spread in such a public place,” he said.

“For organisations they spend $1300-$2000 on laptops for worker and it’s a minimal expense. Giving the money to families instead to buy technology, the way Kevin Rudd through the Digital Education Revolution did, could have the same positive impact on the economy as it did back then.”

Say goodbye to big projects... for now at least

For the big end of town, Sweeney said he didn't "think the stimulus will hurt but there won’t be any new major investments in technology soon.”

"I am not an economist but looking at this from a purely IT perspective there’s not going to be any investments that wasn't going to happen anyway. Organisations will always want to protect their bottom line," he said.

He said major IT projects will be put on hold for probably two to three months, if not longer.

“The interesting thing when I look at this is where the capital is moving in technology and lot of it will sit in the cloud,” he said.

“And that raises of the question of how it will work with funding, because cloud technology isn’t seen as a capital expense.”