Feds may ban vendors from tenders if tax isn't rendered 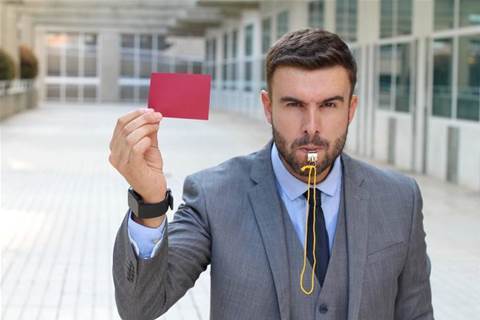 The Australian Taxation Office has warned technology vendors and tier one subcontractors bidding for federal government work they will have to get their tax affairs in order or be excluded from tenders.

The warning to IT product and services suppliers came as Tax and the Department of Finance prepare to apply tough new measures that will hit from July 2019 to rein in late payers by demanding they have a clean tax record before bidding on contracts over $4 million.

Proving a clean record requires a "Statement of Tax Record" (STR), a  document applied through the Procurement Connected Policy (PCP) that applies to all non-corporate Commonwealth entities.

The sting in that policy is that bidders for government work need to have “lodged at least 90 percent of all income tax returns, Fringe Benefit Tax returns and Business Activity Statements that were due in the last four years or the period of operation if less than four years.”

Bidders also need to clear the ledger with the ATO on outstanding payments and “not have $10,000 or greater in overdue debt due ...” excluding amounts being appealed or that are part of an agreed payment plan.

Tax is also warning suppliers they will need to get in early for their STRs “to allow time for processing before the tender closing date.”

The crackdown matters to the channel because, as CRN now tracks, Federal government business is worth hundreds of millions of dollars to the channel.The new regime also reaches right across common IT procurement structures. Partnerships, trusts, joint ventures and consolidated groups are all roped in, with STR’s required for individual partners, joint venture part and subsidiaries directly involved in contract delivery.

Tax isn’t stopping the buck there though. After the ATO beds down its initial STR push over the first year, the agency has flagged it will pursue enhanced disclosures and requirements.

These include ensuring a “business meets its superannuation law requirements, withholding tax obligations and third party reporting obligations” as well as disclosing information “about its tax affairs under the voluntary tax transparency code.”

There will also be a future sweep under the STR of businesses to check “if court order penalties have been imposed on its directors” and whether “there have been convictions for phoenixing behaviour, bribery or corruption.”

It’s not all bad news though.

Companies that cop an STR won’t be publicly named and shamed, but will be given the ATO’s equivalent of a business’ defect list to fix before rego.

“You will receive an additional report with your STR, for your information only, detailing the elements of the Procurement Connected Policy's criteria you met and/or did not meet,” the ATO says.

“If you did not meet the satisfactory criteria, you may be able to take corrective action to bring your tax obligations up to date. You may then reapply for an STR the following day after the corrective action has been recorded in our systems.”

Data matching and tax time. What’s not to love?

Grow your software revenue by selling these 5 affordable, essential tools for the modern workplace
By Julian Bajkowski
Jun 7 2019
9:45AM