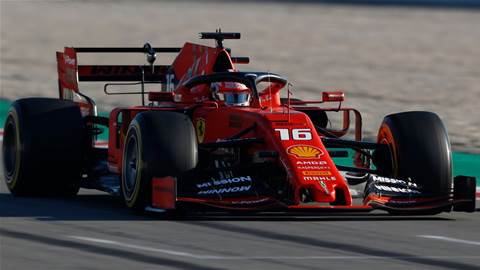 Amazon Web Services’ machine learning, analytics and compute capabilities will now power advancements at Ferrari’s road cars department and Formula One team, among other divisions of the luxury carmaker.

Ferrari will use AWS tools for designing and testing cars and adding a fan engagement platform to its mobile app. Users will have virtual access to the Scuderia Ferrari garage and augmented relation (AR) experiences, including interaction with drivers.

AWS’ logo will also appear on Formula 1 team Scuderia Ferrari’s car and drivers apparel at the French Grand Prix this weekend and after the event, according to the statement.

Ferrari will use AWS tools for its Vehicle Information Hub of customers’ car information and servicing and maintenance records.

Amazon Elastic Compute Cloud (Amazon EC2) will allow for complex simulations testing car performance under different driving conditions and racing scenarios. Ferrari will have the ability to run thousands of simulations concurrently for faster insights compared to on-premises environments, according to the statement.

Ferrari will use Amazon Elastic Kubernetes Service (Amazon EKS) and Amazon DynamoDB to deploy and scale digital experiences, including Ferrari’s Car Configurator, which customers use to custom-build a car and see 2D and 3D visualizations.

Mitigate tech risk in your business
By Wade Tyler Millward
Jun 21 2021
6:52AM