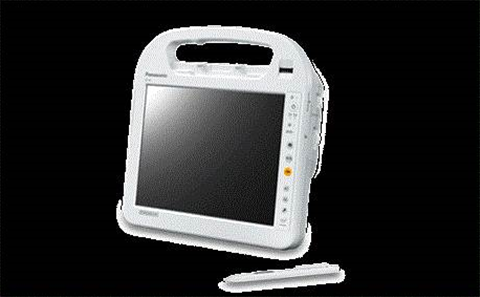 Panasonic has recalled more than 43,000 faulty Toughbook battery packs after three of the devices caught fire in Asia.

The company yesterday issued a recall of rechargeable battery packs associated with its CF-H2 Toughbook tablet that were sold in Australia between June 2011 and May 2012. The battery packs are sold separately to the device and are Panasonic-built.

The tablet maker said it had identified a manufacturing fault within the battery pack that could cause it to overheat and potentially ignite, posing fire or burn hazards to users.

Panasonic urged users of affected models [pdf] to immediately turn off their tablet, remove the battery pack and use an AC adaptor and power cord running mains power to charge the tablet until they receive a replacement battery pack, which the company will offer free of charge.

Users can identify whether their device is affected by checking whether the manufacturing lot number printed on the back of the device is one of the 13 listed as vulnerable.

The recall was taken as a precautionary measure after two other models of similar Toughbook battery packs overheated and caught fire in Japan and Thailand last year, Panasonic revealed.

It is recalling more than 43,000 faulty battery packs globally, but said it had not received reports of incidents with the devices other than in the three Asian cases. It said no-one had been injured in those instances.