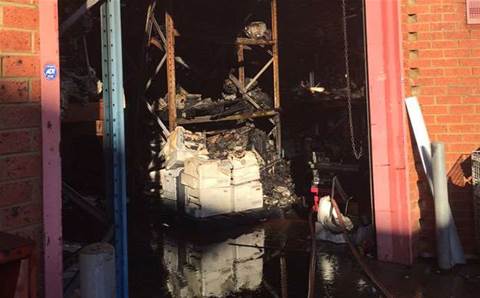 A fire engulfed photocopier recycling company LanPlus in Melbourne over the weekend.

Firefighters from the Metropolitan Fire Brigade (MFB) spent Saturday morning battling the large factory fire in Heidelberg West after a passerby "saw thick smoke billowing out of the building about 6.30am and raised the alarm".

A statement from the MFB said that firefighting crews arrived on scene to find "the photocopier recycling factory on Bamfield Road" threatening neighbouring buildings.

Bruce Weaver, fire service communication controller at MFB, confirmed to CRN that the fire was at LanPlus Australia.

Crews used "aggressive firefighting tactics" to contain the fire and saved surrounding buildings from destruction. The MFB tweeted that 12 fire trucks were on the scene around 7.00am Saturday morning.

Fire investigators were attending the scene on Saturday.

An image posted on social media by the fire brigade show the charred remains of a pallet of photocopiers. 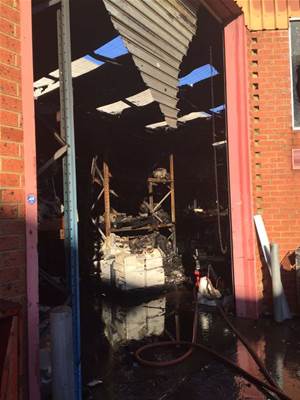 According to its website, LanPlus offers multifunction printer rental and repair, including "second-hand printers, UPS, [server], copier, scanner" as well as selling a range of battery products, such as lithium-ion, gel cell and absorbed glass mat batteries.

Its eBay store shows a range of computing gear, including Dell, IBM and HP server equipment.

In April 2015, the ACCC issued a recall of a product sold by LanPlus, the Ultipower automatic desulfation battery charger, over the "potential of fire, explosion or electric shock".