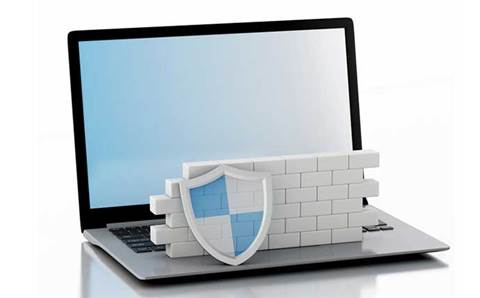 At security vendor FireEye's Partner Advisory Council earlier this year, Nick Giampietro said partners were asked, in the wake of all its challenges with the channel and the market: Is FireEye done?

Giampietro, partner and director of sales at G-Net Solutions, said the answers from partners was a resounding, "not yet."

"We have invested time, sales cycles and money and we are betting on them," Giampietro said, despite what he said has been more than a year of issues with the company and overall "stagnant" sales for his business with the vendor.

FireEye executives say they are looking to return that commitment and invest in repairing its relationships with partners.

"We are going to do everything we can to have a great relationship with our partners," CEO Kevin Mandia said in an interview with CRN USA at the 2016 FireEye Cyber Defense Summit in Washington D.C. this week.

Mandia said he recognised the problems of the past with FireEye, which, in many cases stemmed from ambiguity around FireEye's US$1 billion acquisition of Mandiant in 2014, where Mandia was chief executive. Partners have also cited problems around slow sales and the vendor taking deals direct.

Mandia said FireEye is looking to repair those relationships, saying the company feels it has solved the confusion around its incident response services business and is looking to move forward and work hand in hand with partners.

"It's like there's [FireEye] voodoo dolls on the desk of partners. It kills us," Mandia said. "My message to partners is we are going to eliminate ambiguity and look ways or all of us to be successful," he said.

To accomplish that, Chris Carter, vice president of North American channels, said FireEye would be working to develop more partner-friendly products, revamp its pricing model, enforce rules of engagement policies when it comes to direct sales, and dive deep on a fewer set of value-add partners.

"It will be different than it is today … We will be a more important part of their business as a result, and I expect much closer relationships with our go to market partners," Carter said.

Carter said the push to invest deeply in the channel should provide partners with a better sense of stability with the company. FireEye has been plagued with a constant stream of buyout rumours and a stock price that has lost 38 percent of its value so far this year, while the S&P 500 has gained 8 percent.

"Those [rumours] will always be swirling around, even once they see these new products. Just because we're a high-profile vendor and our stock price is what it is, though hopefully that changes," Carter said. "I don’t think the partners' business declined, but they didn’t see that continued growth. I think we will get there again."

From a product perspective, Carter said FireEye is shifting to focus on what he called platform "building blocks," where partners can pull together the company's offerings around network, endpoint, threat analytics, advanced threat protection, threat intelligence, orchestration, email and FireEye-as-a-Service. The solutions are now united under FireEye's new Helix platform, which was announced Tuesday at the event. Carter said he sees opportunities for partners around HX, Cloud MVX, ATP and orchestration.

Carter said he recognises that FireEye has also been a challenge for partners to work with from a sales perspective, with a complex product portfolio, confusing messaging and custom pricing and packaging for each client. He said FireEye would shift to have more market-driven pricing and move away from a non-standard quote model, so partners have full control over the sale process. Pricing will also be more competitive to other market leaders, he said.

"It makes us a lot easier to do business with because they can operate independently from us and we will be there to support them through the process if we need to be," Carter said.

"We have to earn back some of the trust," Carter said. "I think a lot of it is driven by [partners] being able to make money. It's about the sales reps with the partners feeling confident that they will have a predictable outcome when they sell a FireEye product … I think we now have put in place the systems and structure [we need]."

Carter said FireEye would also be shifting to focus on a "small subset of the overall" partner base, those partners who have invested in FireEye heavily. He said the company would go "very deep with those partners from both a technical standpoint and a channel account management standpoint to rebuild those relationships quickly." He said FireEye would work with distribution on outreach programs to the other partners.

Helping lead these new initiatives around partners is the new head of worldwide sales Bill Robbins, who joined the company earlier this month. Robbins is a former Symantec and Nuance Communications executive. Robbins said his focus is on making sure the right strategy and playbook is in place to support partners and customers, and asked partners and FireEye employees to hold him accountable to that.

"What really will get us over the hump and make it water under the bridge is when someone really sees an opportunity to consistently make good return on my money and understand the rules of engagement … That’s my job [as head of sales] – to look the partners in the eye and tell them to hold me accountable for the tools in place," Robbins said.

G-Net Solutions' Giampietro said that's a shift he's already starting to see taking place at FireEye. He said he didn't feel like the "channel model was well embraced" by previous leadership in the company, but he is starting to see an attitude shift in management, something he said is leading to more traction with local sales representatives.

"I see a sea change in management," Giampietro said. "Management has made commitments, and I have seen actions to follow those commitments, and I'm optimistic." He said the company's "right-sizing" of its partner base seems to be paying off.

Albert Mimo, CEO at Core Networks, said he has seen FireEye willing to work with partners who are more services and solutions focused, like his business. Especially with the launch of the new platform, Mimo said partners need to move beyond an appliance mindset when it comes to FireEye.

"They will work with the partners that are hard-working, but if you're a box pusher that are order takers [you might struggle]," Mimo said. "That will have to force some companies who weren’t doing it right to do it right."

However, Giampietro said it is key that FireEye continues down this path without wavering, as his business depends on the company.

"We live and die with FireEye. I can't now switch my horse ... I'm either going to win or lose with them so I put a lot of skin in the game and I want to see reciprocity with that," he said. "I hadn’t been seeing that …Now that’s maybe starting to change."