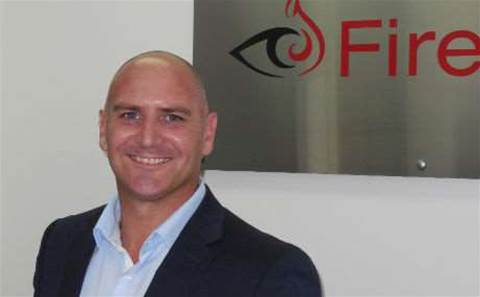 Mandiant is setting up shop in Australia following January's $1 billion acquisition by FireEye, with a new country manager already onboard and more staff on the way.

He will be joined by another four employees at the new HQ, which is being staffed up as part of Mandiant's global push following the FireEye buyout.

Part of that push will include a channel strategy, said Bill Hau, Mandiant's VP for Security Consulting Services.

FireEye already supplies a range of security products in the Australian market through a two-tier model, via security-specialist distributors White Gold and Observatory Crest and a range of resellers, including Bridge Point, Dimension Data, Datacom TSS, IPsec and SecureWare.

FireEye's ANZ channel manager, Chris Barton, said the company's technology "is relatively simple to deploy, pre-built on an appliance with no rules to configure – it's plug and play".

So how will Mandiant, which is largely a services company, do business via the channel? Hau told CRN its approach to partners would be twofold: training and service support.

"We can provide the traditional Mandiant forensics and IT capability to partners and customers alike," he said.

FireEye does 100 percent of its business through the channel in Australia, while Mandiant is largely a direct business. But Hau claimed the company would not compete with partners.

"Most of our deals will go through the community. Look at the scale – five people compared with how many [staff] our partners have in-region. I don't think we will be seen as a threat, based on our size."

Barton said he had heard the concerns from partners. "Generally those concerns come to me first as the local channel guy. We have partnership with our partners. We are very upfront with them and set very clear rules of engagement.

"Partners are very important and the last thing we want to do is go out and compete with them."

Eliminating departmental friction within MSPs
By Steven Kiernan
Jun 11 2014
6:49AM