Firefox for Windows 8 lands for testing 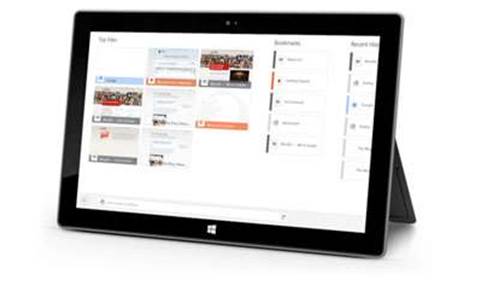 Mozilla has released a developer preview of Firefox for Windows 8, although the final version won't arrive until January.

A preview version is now available for download through Mozilla Aurora, its pre-beta release channel. The final release was set to go live at the end of December, but Mozilla has postponed it after reporting slower-than-expected progress.

This version of the browser offers touch-friendly features, a tile-based welcome screen and support for the system's touch-and-swipe gestures. There's also support for Windows 8's snapped and full-screen views.

On the backend, the browser supports WebGL, 3D graphics and asm.js, a method for speeding up JavaScript by using the same Gecko rendering engine as the desktop version. The browser also supports hardware-accelerated HTML5 video as well as proprietary formats, such as video encoded in H.264.

"Over the coming weeks, we’ll be almost exclusively focused on improving performance and responsiveness," said Mozilla of the preview.

"This is still a preview and while most of the features are very nearly complete, we know there are bugs, so please help us test and share your feedback or file any bugs you find."

Mozilla noted that the new browser won't run on Windows RT, suggesting Microsoft's restrictions on which browsers can run on the ARM-based OS are still in place. Last year, Microsoft restricted access to its APIs by other browsers, meaning IE was the only browser that was fully functional on Windows RT, something Mozilla described as "untenable" at the time.