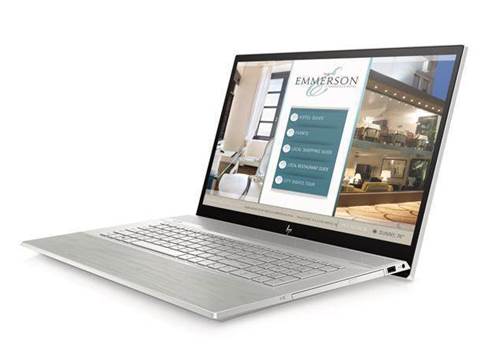 After introducing the world's first "leather convertible PC" last year, HP Inc. is stepping it up a notch with a new line of HP Envy 2-in-1s that are built with actual wood.

The company revealed the new HP Envy Wood Series at the annual Computex conference in Taiwan on Tuesday, saying that the new 2-in-1s come with either Intel's next-generation Core processors or AMD's second-generation Ryzen mobile processors with Radeon Vega graphics.

The consumer-focused laptops are scheduled for a fall 2019 launch. No pricing is currently available.

The PC maker said each 2-in-1 features a "one-of-a-kind wood inlay," which comes in three combinations of colours and materials: nightfall black with natural walnut, ceramic white with white birch and natural silver with pale birch.

The 2-in-1s come with a variety of features, including Amazon's Alexa virtual assistant and modern standby, as well as the ability to wake up the device through voice activation or fingerprint detection. They also come with HP Sure Sense, the company's new malware protection software that uses deep learning to identify and shut down threats, and the HP Webcam Kill Switch solution.

HP CEO Dion Weisler told CRN on Thursday that the company's "highly differentiated" security approach, which includes Sure Sense, among other solutions, is paying off.

The HP Envy Wood Series can be used with HP Envy Uptown Tote, Backpack or Convertible Backpack, as well the new HP Thunderbolt Dock G2 with HDMI Adapter, which provides a full power, productivity and device expansion through a single USB-C connection.

HP did not provide more details in its press release about the next-generation Intel Core processors featured in the new HP Envy Wood Series, but it could be a reference to Intel's next 10th-generation Core mobile processors that were also announced on Tuesday at Computex.

Eliminating departmental friction within MSPs
By Dylan Martin
May 29 2019
6:47AM