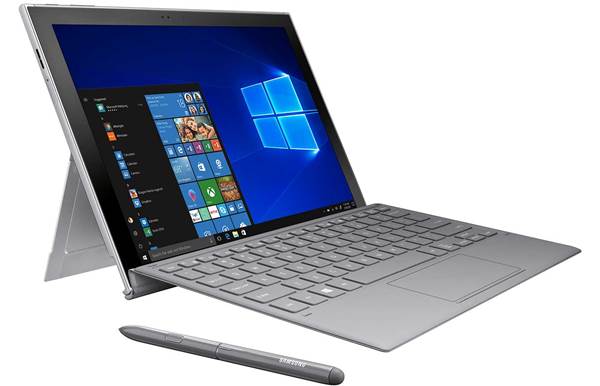 Samsung has shifted away from the draw of Google with its latest tablet release, jointly unveiling the Samsung Galaxy Book 2 alongside Microsoft.

This is the first Windows 10 S 2-in-1 from Samsung that use Qualcomm's Snapdragon 850 chipset, and shows a renewed effort to take over the enterprise and mobile working space.

Although its Galaxy smartphones are widely used across businesses, as are its older Windows 10 hybrids, the tablet and convertibles market is dominated by Apple and Microsoft at present.

Samsung's latest hybrid packs in what the company describes as a “multi-workday battery”, which, we assume, means it has a pretty long life before needing to be charged. Samsung quotes 20-hours, but whether that's accurate in practice remains to be seen.

Also onboard are Samsung's signature keyboard and S Pen, with the keyboard doubling as a cover to keep it free from scratches when you throw it in your bag.

“The way the world works is undergoing an incredible transformation, and users need technology that keeps them connected and ready for anything when they're out in the world getting things done,” said Alanna Cotton, senior vice president and general manager at Samsung America.

“The Galaxy Book 2 brings together Samsung's hardware and connectivity leadership with innovations from Qualcomm Technologies,. and Microsoft for a two-in-one that uniquely delivers PC productivity and superior mobility.”