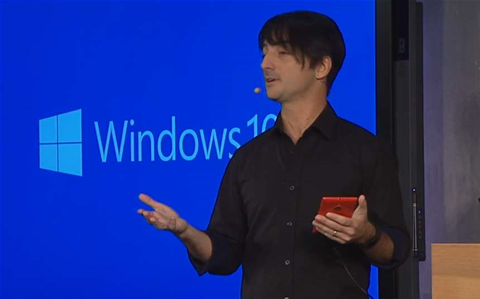 Microsoft has released the first iteration of its upcoming Windows 10 for smartphones, available as an early preview through the Windows Insider Program.
For now, only six recent, mid-range Microsoft Lumia devices can run Windows 10 preview: the 630, 635, 636, 638, 730 and 830 models.
Further devices will be supported over the coming months like the high-end Lumia 1520, as Microsoft is working on a feature to grow the operating system storage partition to create sufficient space to install Windows 10.
Chinese telcos are not supported in the first preview of Windows 10, but Microsoft has confirmed configurations have been made available for almost all mobile operators around the world.
The current set of supported phones for Windows 10 preview also have recovery images available, allowing users to restore them if something goes wrong. Microsoft claimed no phone has been "bricked" or rendered inoperable in its internal testing with Windows 10, but warned that it is not impossible for that to happen.
Some of the new features in Windows 10 for phones that Microsoft touted include an improved Action Centre with more space, interactive notifications, better speech-to-text capability, full-size background images for the screen and a new Photos app.
Kyle Pflug, the program manager for Internet Explorer, said the preview for phones will feature the new rendering engine for Project Spartan.
Project Spartan will eventually replace Internet Explorer in Windows 10 for phones, Pflug said.
Microsoft general manager of engineering and Windows 10 team member Gabe Aul warned that the release of the smartphone OS is "the earliest preview we've ever done" and that users will experience some rough edges.
Aul said trialists of the Windows 10 preview will encounter bugs, a number of features are not complete yet, and the user interface "lacks polish at this point".
Although the mobile variant of Windows 10 shares code with the PC version of the operating system, the latter has been in development longer and is more complete, Aul said.
Among the incomplete features is the Cortana personal assistant. In the Windows 10 preview build for phones it has been limited to the United States and English language only, with some features that available in Windows 8.1 currently disabled.
Got a news tip for our journalists? Share it with us anonymously here.