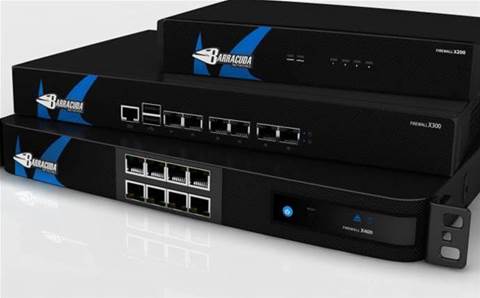 Barracuda hit the $500 million billings mark in 2019 a decade-and-a-half after the company’s founding, and the cybersecurity vendor expects to reach $500 million in revenue for the first time ever this year despite the challenges presented by COVID-19, according to President and CEO BJ Jenkins.

A narrower technology focus coupled with five acquisitions over the past half-decade has propelled Barracuda to the half-billion mark, and Jenkins said Barracuda can reach $1 billion in sales in the next three-to-four years if it continues on its current growth trajectory. Investments in business systems, a strong relationship with Microsoft and the IT channel will play a key role in that growth, Jenkins said.

Lightstream has partnered with Barracuda for the past half-decade to sell web application firewalls (WAFs) and distributed firewalls and provide managed services around wide area networks (WANs) for highly-regulated industries like healthcare, financial service and manufacturing, according to Jeff Collins, chief strategy officer for the Salt Lake City-based solution provider.

Collins said Barracuda’s new SD-WAN service minimizes latency and packet delivery issues by leveraging the Azure network, making it easier to serve end users in locations like South Africa. Lightstream has already seen quite a bit of customer interest in Barracuda CloudGen WAN, and Collins said the company has about 100 customers that are looking for a transformation tool around SD-WAN.

Here’s a look at five things Barracuda plans to do in the coming years to become a $1 billion vendor.

Barracuda started on its journey with Microsoft more than seven years ago and was the first company to have a web application firewall (WAF) and a next-generation firewall in Azure thanks to its support of distributed environments, Jenkins said. The company’s experience with distributed networks taught it how to manage thousands of connection points and keep them secure without overspending, he said.

When it comes to connectivity, Jenkins said telcos and MPLS suffer from higher prices and connectivity restrictions while other SD-WAN offerings are hard to configure and difficult to manage due to their lack of native integration with the public cloud, Jenkins said. But Barracuda’s SD-WAN tool is as close as you can get to a native Microsoft offering, and capitalizes on the stability and reliability of the public cloud.

Barracuda’s integration of CloudGen WAN into Microsoft Azure means that customers can enjoy secure connectivity, management and orchestration, giving the company a huge advantage over peers. Jenkins said the company’s offering is simple to deploy, easy to order and can be managed as a service, while other SD-WAN tools have components deployed in different places and require lots of manual tinkering.

Ezra Hookano (pictured) was the first sales leader at Barracuda during his initial stint with the company in the 2000s and played a big part in getting Barracuda to $500 million in billings after rejoining the company in 2016. Jenkins said Hookano’s decision in June to become SignalWire’s global channel leader was a “natural move” given the number of ex-Barracuda folks there and its focus on the telephonic space.

In response, Barracuda has tapped Sales Vice President, Americas Field Operations Chad Lindsey to serve as the company’s channel chief through at least the end of 2020, and Jenkins said the feedback thus far is that Lindsey is doing a great job. Lindsey has worked deeply with the channel in his nine years at Barracuda, and has done a good job of thinking about how Barracuda can scale its business.

Lindsey has excelled at giving different types of partners a path to grow with Barracuda whether they have a unique business model such as MSP or born-in-the-cloud or a particular vertical focus such as state, local or education, according to Lindsey. Over the past seven years, Jenkins said Barracuda has been focused on building offerings for customers who are considering a move into the public cloud.

Barracuda was more of a one-stop infrastructure-type shop when it went public in November 2013, Jenkins said, offering customers the ability to purchase video cameras and video surveillance as well as purchase and activate phone systems. The company subsequently exited all those businesses as well as its eSignature business, none of which really appealed to the company’s security-focused partners.

The video surveillance and telephony markets tend to be served by their own specialty channels that each require a unique set of expertise, Jenkins said. Trying to service and support so many disparate technology products resulted in declining productivity for Barracuda’s partners as well as the company’s own salespeople, according to Jenkins.

Barracuda has also folded some of its previous standalone capabilities into holistic offerings by, for instance, incorporating load balancers into its web application firewall (WAF). All told, Jenkins said narrowing Barracuda’s focus to email, network and application security has allowed the company to innovate more rapidly and invest more R&D dollars into a smaller number of technologies.

Barracuda has invested more than $20 million into new business systems over the past 18 months to put the infrastructure in place that will allow the company to scale and acquire more business intelligence out of routine processes, Jenkins said. Just in 2020, he said the new intelligence has allowed Barracuda to better identify new business opportunities and cross-sell opportunities for its partners and itself.

The company had for many years been run as a scrappy startup, Jenkins said, running on a non-commercial enablement system that was built by the company’s founder and bolting various systems together as it carried out 13 acquisitions over 15 years. The $20 million investment has allowed Barracuda to standardize, consolidating four or five separate instances of Salesforce into a single one.

That – coupled with becoming a NetSuite customer – has provided Barracuda with deeper insight into the tools their customers are deploying, and understanding customers better has allowed the company to support and service them better, Jenkins said. The company has also started a customer success team to help onboard new clients and allow them to get more value out of the products they’re deploying.

The clarity, focus and alignment Thoma Bravo has brought to bear since purchasing Barracuda for $1.6 billion in February 2018 has accelerated the company’s execution, he said. That’s a big improvement over Barracuda’s stint as a publicly traded company from 2013 to 2018, where Jenkins said meetings with lots of investors with different ideas of what the company should do ate up a lot of his time.

Thoma Bravo has brought a level of discipline to Barracuda’s operations and has held the company responsible for delivering on its plans and anticipated outcomes, according to Jenkins. The private equity firm was involved both in devising Barracuda’s strategy to narrow its product focus and signed off on the company’s $20 million investment into internal systems that will help with scaling the business.

Barracuda has avoided the layoffs that other Thoma Bravo portfolio companies like ConnectWise and Sophos have experienced in recent months, according to Jenkins. The company has held off on adding additional employees this year due to COVID-19, but has been able to preserve its existing team intact thanks to savings generated from reduced expenses in areas like travel and advertising, Jenkins said.