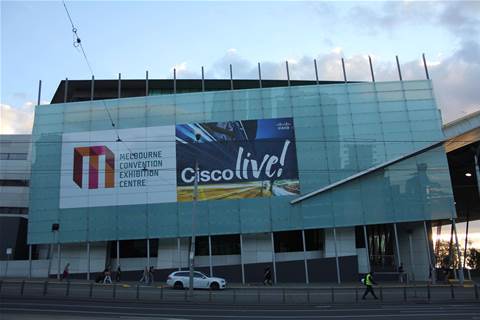 Cisco is building its own cloud

In all the talk about building a network of networks with the likes of Telstra, Dimension Data and others, it's possible to lose sight of the fact that Cisco itself is building its own cloud. Cisco is building Cisco Cloud Services, which will offer network services via an on-demand marketplace.

Also, expect to hear more from Cisco soon on its partner program. We are told a formal announcement is coming in six weeks and we hear Cisco may be looking at its partner incentives among other things. No doubt part of the challenge for many service providers is that they are still struggling to move beyond break-fix services.

The network services portal is coming

Expect to hear a lot more about cloud marketplaces. We’ve already written about cloud brokerages and marketplaces being developed by the likes of Infront and others, but Cisco is also taking the concept to network services like remote connectivity, virtual firewalls and security and content filtering.

Announced recently with Telstra, the Symphony initiative is designed to allow customers to consume managed network services in the same way that they consume the cloud. Telstra will offer this either via a marketplace, drag and drop delivery model or online portal.

Cisco is growing again in Australia

The spin from Cisco is that the company has survived what could have been a decline into irrelevancy. As Australia and New Zealand vice president Ken Boal put it this week, there was “paranoia about becoming the next Kodak.”

He said Cisco previously reached a stalling point in its top line global revenue, while the Australian business went through a “flatter” period. However he was upbeat about the current performance, telling the media this week that the Australian operation is seeing a return to growth.

When asked this week whether Cisco had seen the last of the job cuts announced last year, he indicated that the company was “largely done” in terms of its transformation, announced in 2011.

The next wave in converged infrastructure will see Cisco prioritise converged solutions for vertical markets.

By wrapping a middleware layer around a converged infrastructure, Cisco wants to take specialised converged solutions into specific sectors, such as the finance industry or retail sector for example. It’s here that we are told partners have an opportunity, especially those with the capability to take these solutions to multiple territories.

Forward-looking partners are schooling in APIs

One of the many questions raised by the rise of Openstack and Intercloud is where it leaves partners.

We’ve spoken to one Cisco partner that’s spun off a new company specifically to take advantage of the trend – building a brokerage that will allow organisations to move workloads where they need, as they need. In their view, it’s at the API layer where this will be achieved. CRN has more to come on this.

Perhaps chief integration officer will be a job title before too long.

William Maher travelled to Cisco Live as a guest of Cisco.