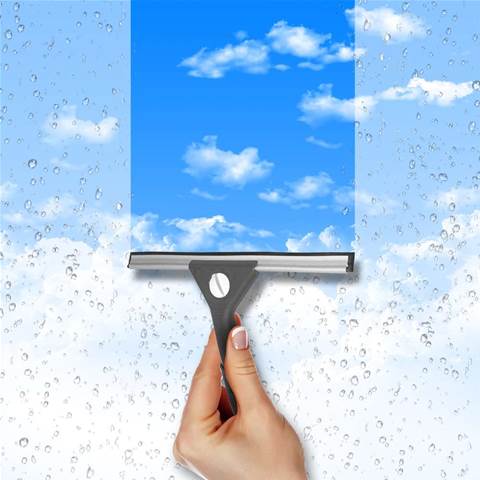 Time for some clarity on vendor marketing claims.

You call it marketing, we call it cloud-washing.

In the months since it has hit fever pitch, with marketers itching to work 'cloud' into their product pitch, even if it has to be wedged in with a crowbar.

It’s only a matter of time before the term plummets into the ‘trough of disillusionment’.  We thought we might step in early to delay the inevitable.

Ladies and Gentleman, my top five reasons why your product isn't 'cloud'.

If your product is a physical product purchased via capital expenditure, it's not cloud. Cloud is all about access over a network, not running a server under my bed.

Every one of the major server and storage vendors are guilty parties here. IBM offers the ‘IBM Smart Business Storage Cloud’ – which amounts to a “scale-out” storage system.

Or if you’re EMC, you throw in an API to connect your storage array to Amazon and you’re suddenly selling a “cloud storage platform.”

HP sells a ‘CloudSystem’, Oracle offers ‘the Exalogic Elastic Compute Cloud’, or as Larry likes to call it, “a honking big cloud-in-a-box”:

Dell tried to patent the term ‘cloud computing’ –and were denied. They have since settled for ‘servers optimised for the cloud’. Far more sensible.

Your box also doesn’t appear to be very big.

Cloud assumes scale, dynamically, both up and down, as I need it.

Whilst we could point the finger at a lot of smaller hosting companies on this score, the consumer storage vendors are an easier target.

Try the Iomega 'Personal Cloud' range. It's basically just a server under your desk plugged into the internet. This product is so egregiously not cloud that their website copy says as much:

"Unlike public and private cloud applications, the Personal Cloud is completely self managed".

Meaning you run it yourself, at your house.

Just about anything billed as 'personal cloud' falls afoul of this one, but let's also pick on TonidoPlug and PogoPlug. Once again, website copy contradicts the cloudy marketing: "TonidoPlug is a tiny, low-power, low-cost personal home server and NAS device".

I already have a surprising number of those, and when I want to make them bigger, I buy bigger hard-drives every few years. With these plugs, scaling up means buying more plugs, while scaling down means... well, throwing them away, I suppose.

3: Self-service doesn't mean ringing you myself.

If I have to call your service desk to order, buy, stop, pause, upgrade or downgrade my service, it's not cloud. It’s hosting, as it always was.

Many of the ‘enterprise clouds’ being built in Australia still haven’t got over this hurdle.

These services feature few of the self-provisioning smarts consumers have come to enjoy.

And can I also point out that the same goes with these so-called 'private' clouds that live inside large organisations. If you have to deal with a helpdesk to get a server, then you don't have a cloud. You have regular IT with a different billing model, at best.

2: It comes with a three-year license.

Cloud means as-a-service, which means "pay-as-you-go". I can stop any time, and I stop paying straight away. You don’t buy a three year license for your water bill.

Oracle's partnership with Amazon Web Services is a curious example.

Oracle have teamed up with Amazon to slap cloud branding on Oracle's software. You can run up Oracle on an EC2 instance, but you still pay per socket as if they were physical servers. You'll also want to carefully read the fine print about the limitations on scale Oracle impose.

But my main point is that Oracle aren't the ones providing the cloudiness here. For mine, its just regular Oracle licensing on EC2 instances.

Meraki also offer something called an "Enterprise Cloud Controller" that has a one, three and five year license. 'Cloud controlled' is all over their website, and seems to them to mean "software uses a network to administer our devices". Just like every network product sold in the last couple of decades. Except when you check the FAQ, it says that if you stop paying for the software, your hardware (that you purchased) stops working.

This is just regular time-limited licensed software with a product key. Not cloud.

If it's just your regular product with 'cloud' added to the name, it's not cloud. This is cloud washing at its most extreme.

Take Trend Micro's Titanium Anti-Virus product. It has 'cloud technology', which means it apparently "delivers advanced cloud protection, blocking threats in real-time before they reach you."

At least with some of the products above there's some light fog involved. But when it’s just a re-badge of what you already offer, you might be safer calling it ‘vapour’.

What are some other examples of cloud-washing you’ve seen in the vendor brochures?