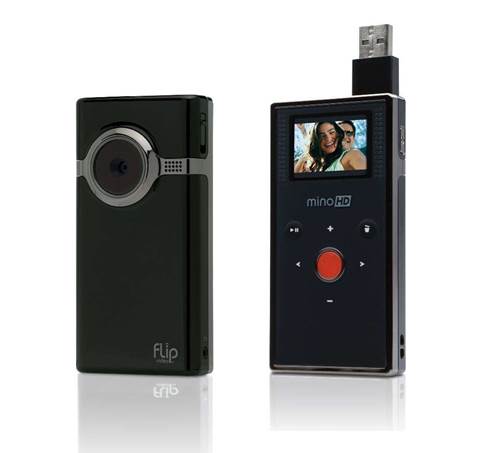 Harvey Norman and Dick Smith will stock the Flip Video in stores across Australia in time for Christmas, Cisco has announced.

The popular HD video camera will also be available from Officeworks and WOW Sight and Sound.

Two models, the Flip Mino and Flip MinoHD camcorders will be introduced into stores in a slick black colour.

Both models come preloaded with FlipShare, the integrated software that enables users to organise, edit and share their videos.

Users can plug the camcorder's flip-out USB arm into any Mac or PC to access FlipShare's simple drag-and-drop interface for immediate video sharing via email or direct upload to the web.

The Flip MinoHD has a resolution of 1280x720 at 30 frames per second with up to 60 minutes of recording time of HD quality video.

Craig Gledhill, vice president of Cisco consumer products said the Flip Video was a top selling camcorder in the US "with millions of units sold in the past two years.

"We believe that the Australian and New Zealand markets are now ready to share and embrace the Flip experience as well," he said Gledhill.

Ingram Micro is the sole distributor of the camcorders which Flip Mino and MinoHD $229.95 and $299.95 respectively.