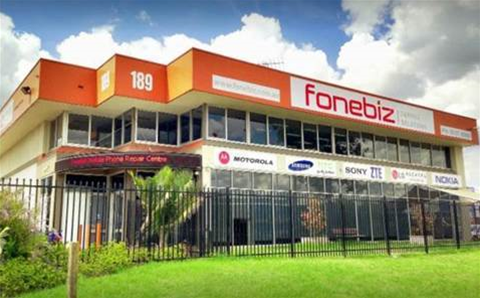 Fonebiz entered voluntary administration last month after 22 years in business, appointing Mackay Goodwin as administrators. Its 38 staff were stood down.

The company previously had locations in Sydney, Wollongong and Auckland, and counted Microsoft, Samsung, Lenovo, Sony, Nokia, HTC, LG and Motorola among its partners.

Founder and former managing director Con Zeritis told administrators that mobile phone manufacturers had previously offered exclusive contracts and accreditations, on which Fonebiz relied for the majority of its sales.

However, sales fell significantly in 2016 as more manufacturers began taking repairs in-house. Vendors also made it easier for competitors to earn accreditations, Zeritis claimed, leading Fonebiz to lose some of its largest contracts.

There may have been a number of other reasons for the collapse, according to Mackay Goodwin – such as shareholders pulling back on working capital as the sales pipeline slowed, along with difficulties in managing overheard costs and reducing fixed costs in line with the drop in sales.

A report from Mackay Goodwin revealed that Fonebiz owes close to $2.5 million to unsecured creditors, and another $865,000 in staff entitlements.

A Mackay Goodwin administrator told CRN the staff entitlements would likely be covered by the Department of Employment.

Fonebiz only had $870 cash on hand after paying staff paid days before entering administration. The company's equipment is being sold online, though Mackay Goodwin said its value was difficult to estimate.

Mackay Goodwin is looking into whether the sale was made on uncommercial terms, given that the administrators had not seen documents that suggest an agent was engaged for the sale, nor an evaluation of the business' assets, though it appears that the sale was made in the best interest of the company.

Zeritis said he became desperate to sell off the Sony business to cover operational costs. Proceeds were used to repay a bank overdraft facility.

The administrators also raised concerns that Fonebiz may have traded while insolvent from at least 1 July 2016, given its continuing losses over the past two years. Fonebiz' financial report shows revenue crashed from $14 million in FY16 to $7.4 million the following year. The company's net loss also widened from $14,000 in FY16 to $974,000 in FY17.

Mackay Goodwin will investigate whether the business traded while insolvent if Fonebiz is liquidated.

The administrator noted that there was no evidence to suggest that the directors had acted dishonestly, or used their power other than to act in the company's best interest.

Administrators recommended that creditors vote to wind up the company at the next meeting of creditors, which will be held on 15 November.

Cloud application revenue made easy
By Brendon Foye
Nov 14 2017
7:05AM