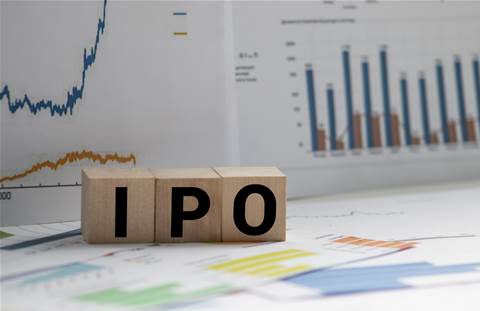 ForgeRock is putting together an initial public offering that could value the digital identity vendor at US$3 billion to US$4 billion, or possibly higher, Bloomberg reported.

The San Francisco-based company is working with Morgan Stanley on the IPO, which could come as early as the third quarter of 2021, according to Bloomberg, which cited people familiar with the matter. ForgeRock’s plans aren’t final, and the timing and details of its potential public listing could change, Bloomberg reported.

ForgeRock declined to comment, while Morgan Stanley didn’t immediately respond to a CRN request for comment. ForgeRock was valued at more than US$767 million in April 2020 when it closed a US$93.5 million Series E round led by Riverwood Capital, Bloomberg reported, citing figures from PitchBook.

ForgeRock was founded in 2010, has raised US$233.7 million in five rounds of outside funding and employs 736 people, according to LinkedIn and Crunchbase. The company has boosted its head count by 12 percent over the past year, with the most aggressive hiring taking place in ForgeRock’s business development and sales departments, LinkedIn found.

The company said in April 2020 that it had more than US$100 million in annual sales and had grown its recurring revenue by 75 percent over the past year. CEO Fran Rosch (pictured) told CRN he’d like to make it easier for ForgeRock’s enterprise customers to work with systems integrators like Accenture, Deloitte and PwC as well as more boutique consultancies to create a strategy around digital transformation and identity.

ForgeRock established a nontiered partner program in 2016 and works with nearly 100 solution providers, CRNtv reported in March. The company didn’t disclose the percentage of sales that go through the channel, according to CRNtv.

The ForgeRock Identity Platform was updated in 2020 with cloud enhancements that minimize downtime, modernize DevOps practices, provide secure digital experiences and accelerate digital transformation. Customers were given new cloud and AI capabilities that simplify identity journeys so people can get what they want faster while still protecting their security and an individual’s privacy.

Last year’s funding was also intended to help ForgeRock implement a self-learning AI model that frees up customer personnel to scrutinize the highest-risk application access requests, Rosch said. ForgeRock wants to provide customers with the option of running the technology in a public cloud of their choice, in a private cloud, or leveraging their own identity Software as a Service while using the same code.

The Bloomberg report on ForgeRock’s prospective IPO comes just two weeks after KnowBe4 raised US$152 million in a Nasdaq public offering that valued the Clearwater, Fla.-based security awareness training vendor at US$2.6 billion. Since going public, KnowBe4’s stock has surged nearly 40 percent to US$22.16 per share, and the company is now worth US$3.68 billion.

Just last week, Darktrace raised nearly US$230 million in a London Stock Exchange public offering that valued the Cambridge, England-based cybersecurity vendor at US$2.37 billion. Since going public, Darktrace’s stock has surged nearly 30 percent to US$447.46 per share, and the company is now worth US$3.06 billion.

A successful IPO would make ForgeRock the fourth identity and access management vendor to go public in the past half-decade. Okta kicked things off with a US$187 million Nasdaq IPO in April 2017 that valued the San Francisco-based enterprise identity provider at US$1.5 billion. Four years later, Okta is the fourth most valuable company in all of cybersecurity with a market cap in excess of US$32 billion.