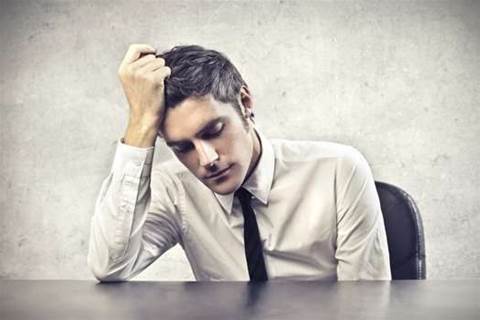 Microsoft may reversed its decision to remove internal use rights, but the channel’s trust in the company hasn’t fully rebounded.

That’s the message CRN takes from our new poll on readers’ attitudes to Microsoft in the wake of the week-long mess that followed its attempt to change its channel program.

In our latest poll we asked how Microsoft partners feel about the company now. 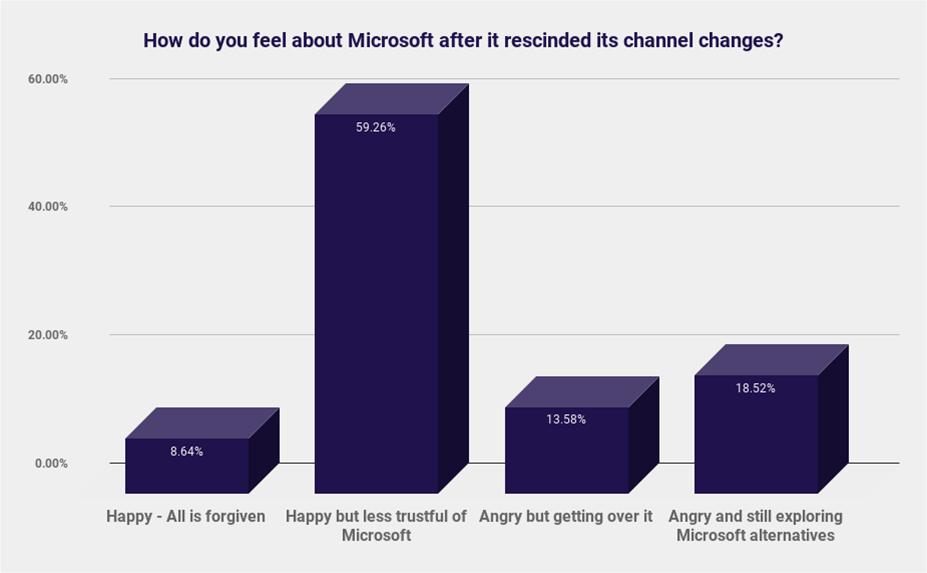 We also repeated our question about whether Microsoft is partner-friendly, and again offered readers a sliding scale from one to 100.

The average value before the decision to remove IUR was 62/100.

And the average value after the changes was 22/100.

Since the decision to rescind the changes, the average has rebounded to 37. Which is a nice bump, but still a number that could be far better.

Another number that the company would probably like to see improve is the rating offered to the announcements Microsoft made ahead of its Inspire partner conference. We asked CRN readers to rate the new Azure programs and assistance for independent software vendors on a scale from 1 to 100, with a rating of one indicating irrelevance, a rating of 50 indicating worthiness for further exploration and 100 making the news just what readers need.