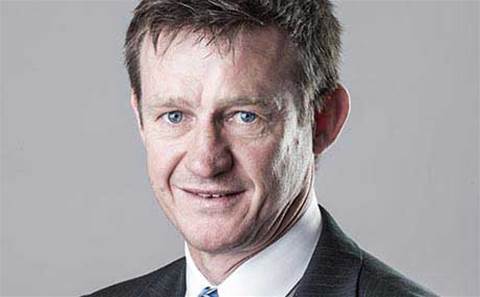 In the newly created role, Coad will support channel partners in creating end-user demand and help grow the company’s business in Australia.

"What stood out about Big Switch is that they are disrupting in the networking space," Coad told CRN.

"I think the data centre networking space is really ripe for a disruptive player to enter the market, certainly in Australia, and the whole STM thing and the white boxing and the hyperscale opportunity is something I wanted to be a part of.

“I am thrilled to join Big Switch at such an exciting time in the company’s journey. I am passionate about building teams and look forward to playing a meaningful role in scaling Big Switch in the ANZ market.”

“Steve will play a meaningful role in the continued expansion of our footprint in Australia and New Zealand,” Vecchio said.

“I’ve always believed that to build a smart, successful team you must hire people who are brighter than you and bring a different set of skills to the table. Steve is an industry stalwart with extensive experience in networking, virtualisation and storage, which will lend itself well as customers continue to select Big Switch for their next-generation software defined data centres.”

With more than 30 years of experience in technology sales and leadership, Coad joins BigSwitch after departing his role as the managing director of HPE’s Aruba business for South Pacific, where he spent five years leading the business in the region.

Coad led the the networking vendor’s Australian and New Zealand arm through its acquisition by HPE in early 2015 and remained with the company throughout HPE’s global restructure last year, that saw Aruba’s data centre networking division pulled into the parent company’s new data centre and hybrid cloud group (DCHC), which is headed up by Raj Thakur.

Coad’s former position has been taken up by Tony Smith, whose role as HPE’s ANZ server business unit director was made redundant when that business was rolled into the DCHC group.

Big Switch launched in Australia in the third quarter of 2016 and has already won customers in government, financial services, service providers and telecommunications carriers.