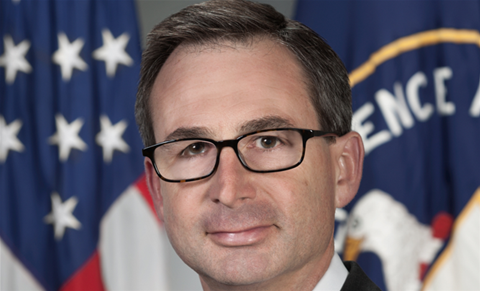 “Today we added one of the world’s most prominent security experts to our leadership team,” said Rubrik’s chief executive officer and co-founder Bipul Sinha.

“We believe it’s essential to combine expertise from both the private and public sectors if businesses and governments want to stand a chance against cybercriminals.

“Michael’s understanding of the changing cyber-landscape and exceptional leadership experience will be paramount for our federal, state, and local customers, as well as private companies who are preparing for inevitable cyber-attacks.”

Mestrovich worked for the spy agency for six years. He became acting CISO this February, where he was responsible for developing security regulations and directing the evaluation and engineering of cyber technologies.

Before Mestrovich’s career in the public sector, he was a systems engineer at Cisco and served in the U.S. Air Force.

Mestrovich’s said he was excited to return to the private sector.

“With increased vulnerabilities in existing infrastructure and legacy security solutions, organisations' most critical asset - data - is more vulnerable than ever.

“I made the decision to return to the private sector at this critical juncture to work with the company that is pioneering the next frontier in cyber security: data security.”