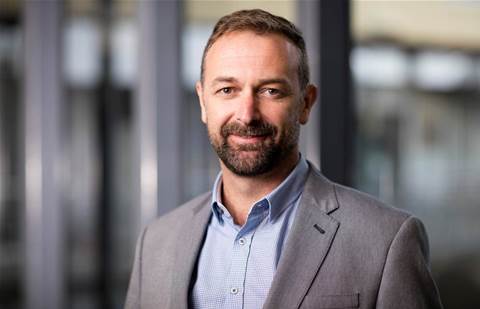 Leihn has worked for Data61, the CSIRO's data science research specialist, since 2015, where he was commercial director responsible for global business development commercialisation based out of San Francisco.

Over the course of his 25-year career, Leihn has held various senior leadership positions at a handful of government organisations. His resume includes director of the office of chief scientists, director of NSW Trade & Investment's office for science and research and director of security and environment business for NICTA, which merged with the CSIRO to form Data61.

He also worked in marketing roles for HP and Autodesk in Australia prior to becoming a public servant.

“I am excited by the opportunity and responsibility the board has given me to lead IXUP," Leihn said.

"IXUP has an enviable technology and immense potential for future growth. Working closely with the leadership team, my focus will be on execution and crystallising IXUP’s significant prospects.”

Commenting on his appointment, IXUP founder and executive director Dean Joscelyne added: “As the founder of IXUP, I am delighted to welcome Peter to the company. His data collaboration expertise, leadership style, commercial skills and established industry and government network are the ideal skill-set to drive IXUP forward.”

IXUP was founded in 2011 to offer data collaboration software, which allows multiple organisations to connect and utilise their data without sharing their entire database.

7 steps to MSP success: from pricing to specialisation
By Brendon Foye
Nov 8 2018
4:04PM