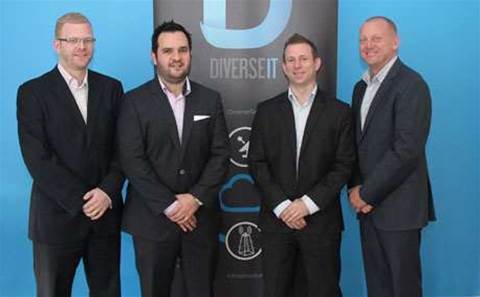 Diverse IT managing director David Cameron said the company had acquired everything except the Red Ember Solutions name. "We've done that so that [Red Ember's founders] can retain the name, which we were never going to use anyway."

Red Ember Solutions has no debt, CRN was told.

Cameron said the move was motivated by a gap in the Western Australian cloud services market for a local provider.

"All the big players are here, but what's really missing is a cloud provider that can tailor a solution to customers in the mid market space," he said.

He estimated it would have taken Diverse IT 18 months to develop a cloud platform similar to that of Red Ember Solutions, which was founded in 2009.

"I've seen just about every cloud platform that there is in Western Australia. Red Ember just stands out head and shoulders above the others for the architecture and security that's built into it," Cameron said.

"It's not built for someone to swipe their credit card and get a resource. We're about building a solution for each customer."

The purchase will add a range of services to the Diverse IT portfolio, including DR as a service, software as a service, desktop as a service and hosted mail.  The Red Ember Solutions team will also bring across Microsoft skills. The company has four staff, who will all move across to Diverse IT.

David Cameron is a former director of Datacom Systems WA and was appointed to Diverse IT in April this year. Diverse IT lists its partners as Citrix, Riverbed, A10 Networks, Mobile Iron, Oracle, Aruba Networks, Splunk, FireEye, Tetra Networks, Palo Alto Networks and Imperva.