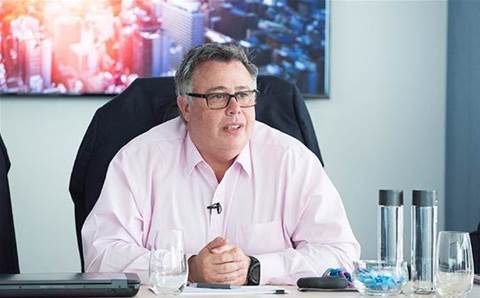 Intel has appointed former HP Inc. CEO Dion Weisler to its board of directors.

The company announced Weisler's appointment Wednesday, nearly a year after the former HP chief executive left the PC and printer giant due to a family health matter.

Weisler is joining Intel's board as an independent director, and he will serve as a member of the board's compensation and finance committees.

"We are excited to welcome Dion to the board," said Omar Ishrak, who was appointed as Intel's chairman of the board in January, in a statement. "He brings a deep understanding of the Intel customer experience and a wealth of technical industry knowledge spanning client, cloud and network computing. Dion also shares Intel’s strong commitment to corporate responsibility, having championed diversity and inclusion as well as sustainability while leading HP."

Weisler had served as HP Inc.'s CEO since 2015, when Hewlett-Packard split into HP Inc. and Hewlett Packard Enterprise. The executive had initially joined HP in 2012, and prior to that, he had served in executive roles at Lenovo Group as well as management roles at Telstra Corp. and Acer Inc.

In his role as HP Inc.'s CEO, Weisler worked closely with Intel, which provides a majority of the x86 processors in the client PC and server markets.

"Having admired Intel for more than three decades as the company that fueled compute as we know it, I’m honored and excited to join them as they transform to capitalize on new markets fueled by the incredible growth of data and intelligence," he said in a statement. "Their rich entrepreneurial culture, unique innovation and scale positions Intel to drive a positive global impact for decades to come."

With Weisler's appointment, Intel said it now has 10 board members, which falls under the 15 maximum members the company's bylaws allow. The company said out of the four board members it has added since 2018, two of them have been women, one of whom is an underrepresented minority.