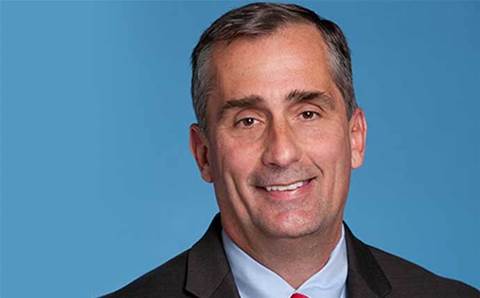 After getting ousted by Intel's board earlier this year, former CEO Brian Krzanich has found his new calling: software for car dealerships.

Leslie Brun, chairman of CDK Global's board, said MacDonald and the board determined that bringing in a proven technology CEO like Krzanich is the right move for the company.

"We are thrilled to welcome Brian Krzanich to CDK," she said in a statement. "With 36 years of experience at Intel, Krzanich combines an exceptional track record of creating shareholder value with exactly the right combination of technology and strategic leadership experience to enable CDK to deliver on its enormous promise. The board has full confidence that he has the talent and expertise necessary to lead CDK as it pursues a growth strategy."

Krzanich, who joined Intel as an engineer in 1982, worked his way up the corporate ladder at the semiconductor giant and became CEO in May 2013. In June, the company announced that Krzanich had resigned after the board learned of a previous relationship he had with an employee that broke Intel's non-fraternisation policy. A later report said the relationship happened prior to him becoming CEO.

Intel has been searching for its next CEO for more than four months now while CFO Bob Swan leads the company on an interim basis. In the meantime, media reports have floated multiple front-runners for Intel's next CEO, including former Intel executives Diane Bryant and Sanjay Jha, as well as current executives Murthy Renduchintala and Naveen Shenoy.

While auto dealer software may seem out of place for Krzanich, a seasoned semiconductor veteran, the former Intel CEO has experience running an auto software business through Mobileye, the driver assistance and autonomous vehicle software company Intel acquired in 2017.

"CDK has a leadership position in a dynamic and rapidly evolving automotive technology market, and I am energised by the chance to help grow this unique company and take it to the next level," Krzanich said in a statement. "The automotive industry is undergoing changes that will impact and present opportunities for dealers, OEMs, consumers and the technology ecosystem that serves them.