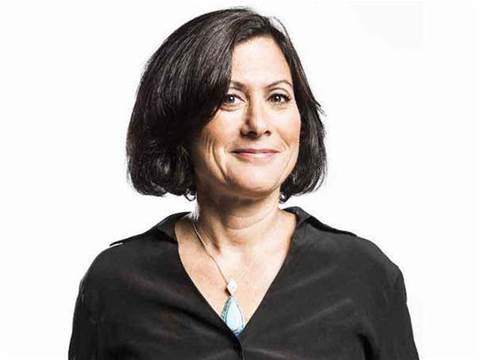 Former longtime Microsoft channel chief Gavriella Schuster is leaving the technology company at the end of the month to pursue new opportunities.

Schuster, who has worked at Microsoft for nearly 26 years, confirmed her pending departure in an email exchange with CRN US.

In March, Microsoft announced that effective April 1, Rodney Clark would replace Schuster as its channel chief, a role she held for five years.

Schuster has remained with the company since then, helping Clark settle into his new position and retaining her role as corporate vice president of Microsoft’s One Commercial Partner program during the transition, as she determined the next chapter of her career. She declined to comment on those plans.

Schuster joined Microsoft in November of 1995 and has held more than 14 positions at the company, including leadership roles in 15-plus launches for products such as SQL, Windows Client, Windows Server, Microsoft Desktop Optimization Pack (MDOP), System Center and Enterprise Mobility Suite (EMS) launches.

She had primary leadership over the development of the businesses around both MDOP and EMS, which carried Microsoft through the Windows Vista and desktop virtualization era.

Schuster joined the leadership of the Microsoft partner ecosystem in 2014 and rebuilt the Microsoft Partner Network for the cloud era.

Her work included the development of Microsoft’s Cloud Solution Provider program, which today delivers more than $10 billion annually through Microsoft partners; the Microsoft Marketplace; and the One Commercial Partner organisation, which pulled together seven previously disparate partner teams into one team.

In a LinkedIn post in March, Schuster said she found herself contemplating whether it was time for a career change at the beginning of the year.

“The restrictions brought on by COVID have given me time to reflect on and reconnect with my passions and to spark a new passion to drive a movement to shift the status quo and make an impact on inclusion and gender equity in the tech industry,” Schuster said in the post.

“At this same time, I was in conversation within Microsoft about the next steps of transformation for the business. As a result, we concluded that now is a good time to begin to transition my current Microsoft accountabilities and focus on thinking about how to engage in work that fuels my passions.”

In an interview with CRN US in April, Schuster said she prided herself on being a transformational leader.

“I focus on businesses when they are at an inflexion point, whether it’s a new business startup, or it’s time to revitalize a lagging business within Microsoft, and that’s really what I built my whole career on,” Schuster told Zarate. “And then when I’ve done that, and I realize, ‘Jeez, the next thing I have to do is something I feel like I kind of did already,’ that’s when I know it’s time to move on.”

Schuster has since added some new roles to her resume.

She joined California-based Corent Technology, an automated cloud migration, modernization and management company, as a senior advisor in June. Last month, she became chairman of the board of advisors for the International Association of Microsoft Channel Partners (IAMCP), which bills itself as the world’s largest community of Microsoft partners.

Grow your software revenue by selling these 5 affordable, essential tools for the modern workplace
By Donna Goodison
Aug 6 2021
6:45AM