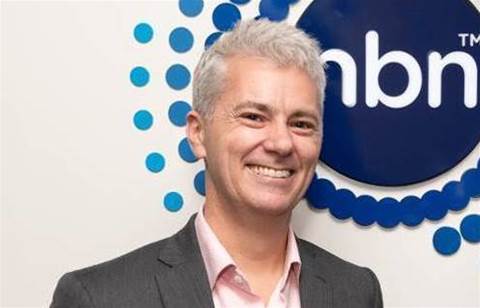 Tyler will replace Drew Kelton on 1 October 2020, with Kelton staying on at Superloop as executive director until March 2021.

NBN Co announced in July that it would slash 800 jobs following the completion of the NBN’s initial build, including Tyler's. His role was made redundant after NBN Co combined the sales and marketing divisions of both business and residential customers into one unit.

Superloop non-executive chairman and founder Bevan Slattery said, “I am delighted to have secured Paul as CEO. He is uniquely positioned to understand the challenges and opportunities that the National Broadband Network offers enterprises and service providers looking to leverage this once in a lifetime opportunity to transition away from traditional networks.”

Tyler has had ties with Superloop long before his appointment, serving as the non-executive chairman of managed services and networking infrastructure provider BigAir Group,before it was acquired by Superloop in 2016.

Prior to joining NBN Co in 2018, Tyler was a group managing director at Telstra for two years, following a 22-year career at Nokia, which concluded with his appointment to Asia-Pacific and Japan president, a role he held from 2011 to 2016.

Speaking on his new role, Tyler said, “I look forward to working with the fantastic team at Superloop to further grow the business, leverage its significant core assets and capabilities, and continue to build on the technical leadership that the company has become renowned for.”

“With the unstoppable rise of the cloud, SD-WAN and of course the NBN, the business market is experiencing a once in a generation disruption that Superloop is uniquely positioned to take advantage of. For the first time, the internet has enabled all businesses from the smallest to the largest to access the productivity improvements that enterprise grade applications enable – Superloop is set to be a strong catalyst of this change.”

Drew Kelton in his new role will focus on Superloop’s international business, and will later transition to a non-executive director role.

Kelton said of his new role, “This has been an incredible journey with some very challenging times, however we have now realised the vision of building an integrated pan-Asia Pacific infrastructure-based network.”

“We are now beginning to benefit from its reach, capability and capacity. I welcome Paul to the team and look forward to working together to keep the momentum going.”

Slattery also thanked Kelton for his service as CEO, saying “I would like to thank Drew for the significant progress he and the team have made in stabilising the company, completing major infrastructure projects, integrating acquisitions and sharpening Superloop’s focus.”

“With this progress the Company now has a strong platform upon which to build its next wave of growth.”

Grow your software revenue by selling these 5 affordable, essential tools for the modern workplace
By Nico Arboleda
Aug 12 2020
10:22AM