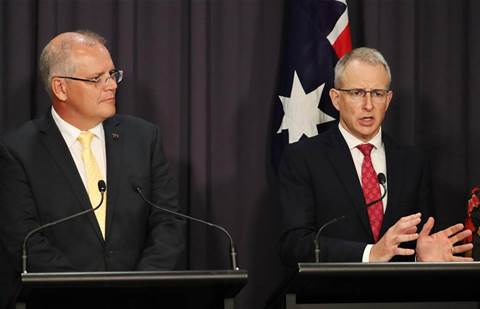 Sydney-based MP Fletcher has long experience of the telecommunications sector. He served on the staff of Howard government communications minister Richard Alston and later became Director of Corporate and Regulatory Affairs at Optus. He has already served as Parliamentary Secretary to the Minister for Communications, when Malcolm Turnbull was Minister.

Morrison said Fifield was offered the chance to stay in cabinet, but chose to take up the diplomatic post.

The NBN was a huge part of his portfolio and he oversaw the implementation of Turnbull’s multi-technology-mix policy without notable error. However he was Minister during the period that NBN Co paused rollout of hybrid fibre-coax (HFC) connections, which set back the rollout. Just how NBN Co miscalculated the capabilities of the HFC has never been thoroughly explained.

Fifield also oversaw the departure of NBN Co CEO Bill Morrow and his replacement by Stephen Rue, a transition that went off without a hitch.

NBN Co still claims it can complete the network build in the year 2020, meaning Fletcher could be the one to hoist the “Mission Accomplished” banner on the colossal project.

Other ministries of high relevance to CRN include Small Business, which was retained by Western Australian Senator Michaelia Cash, and Industry, Science and Technology, which will be held by Queensland MP Karen Andrews.

The new Ministry of Government Services, to be led by Stuart Robert MP, may also interest readers as it replaces the Human Services portfolio and has a remit to apply lessons learned at Service NSW for federal government service delivery.