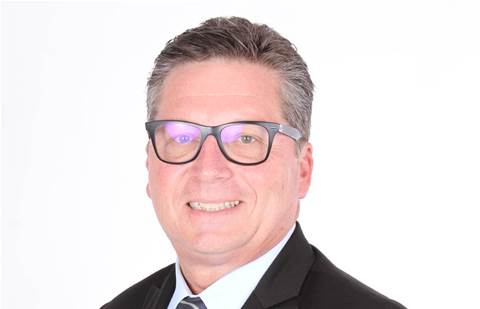 In the newly-created role, Ebbeck will take responsibility for growing the vendor's business, recruiting new talent and working with customers and partners.

Ebbeck was managing director for Oracle in Australia and New Zealand for nearly three years until leaving in June 2016. During that time, Ebbeck was charged with leading Oracle's transformation at a local level from an on-premises software vendor into a software-as-a-service company.

He worked for SAP for nine years before joining Oracle, having been promoted to chief executive in 2008 before leaving four years later. After that, he become NBN Co's chief commercial officer between 2012 and 2013 and was program director for the network builder's first strategic review.

Since then, Ebbeck has held various director positions with a handful of companies, including a non-executive director of Nextgen and chairman of IXUP.

Ebbeck outlined his goals for Automation Anywhere, saying he plans to expand its staff headcount and physical presence with offices in Sydney, Canberra and Auckland by the end of the year, as well as bring in new talent and work closer with partners.

“The concept of automation is not a new one," Ebbeck said. "Having led large software companies like SAP and Oracle, I saw customers automating many core processes with ERP, CRM and even core banking systems. However, this created a major automation gap as many processes were left behind, with huge gaps between legacy systems and even more now with hybrid cloud environments – this requires unnecessary, wasteful and mundane human intervention.

“In addition, it’s clear that point solutions don’t win in the long run – suites of products are always better than isolated solutions. Automation Anywhere has built solutions that go beyond RPA and integrate AI and analytics. This capability not only automates processes, but importantly helps businesses build a digital workforce that learns, refines and informs. I’m very excited to be joining the Automation Anywhere team on this journey of growth.”

7 steps to MSP success: from pricing to specialisation
By Brendon Foye
Oct 4 2018
6:35AM