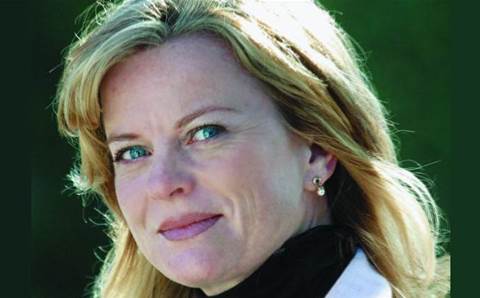 O'Keeffe joined Westcon in 2001 and became managing director for Australia and New Zealand in 2005. During her four-year tenure as managing director, O'Keeffe saw 36 consecutive quarters of growth at the distributor.

In 2009, she was called up to lead the Asia-Pacific business as executive vice president for the region, where she remained until her departure in November 2016.

Prior to Westcon, O'Keeffe began working for multinational distributor Tech Pacific as telecommunications division director before the company was acquired by Ingram Micro in 2004.

O'Keeffe has also served on advisory boards for a number of vendors including Juniper, Polycom, Avaya, Palo Alto and, most notably, Cisco. Westcon brought its Cisco-only distribution brand, Comstor, to Australia, shifting its entire Cisco business to the new brand in the process.

Dicker Data gained access to the Cisco channel when it acquired existing Cisco distributor Express Data in 2014. Cisco became Dicker Data's largest vendor after the acquisition, according to the distributor's financial results lodged in August 2015.

Dicker Data chief executive David Dicker said: "I'm very pleased to welcome Wendy to our board. She brings great experience from our own industry and I am sure she will be a real benefit to the company."

O'Keeffe's appointment marks the first independent non-executive director to join Dicker Data's board of directors since the distributor listed on the ASX in 2011.