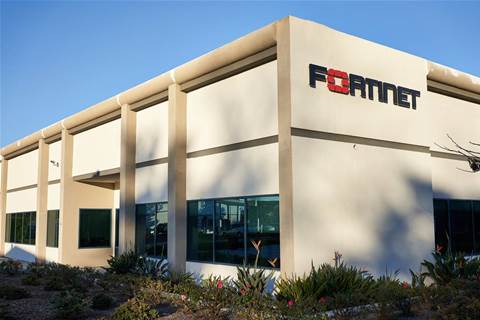 “I cannot think of a better landing spot for ShieldX than Fortinet,” Levine wrote on LinkedIn Friday. “I know this transaction has the potential to be incredibly good for all involved.”

ShieldX’s relationship with Fortinet started at the February 2020 RSA Conference, according to Levine. He said on LinkedIn that the Fortinet team was an “absolute pleasure to deal with, even if appropriately tough on some matters!!”

Fortinet is not disclosing how much it paid for ShieldX, according to a company spokesperson.

“After 18 months at ShieldX, I can say with certainty that … this was as smart and as talented and as passionate a team one could wish to be part of,” Levine wrote on LinkedIn. “Adding [in] an exceptional board and advisors, it was a privilege to be CEO.”

The combination of Fortinet and ShieldX has created an integrated offering to address lateral movement prevention as well as the convergence of OT, campus, and multi-cloud data center segmentation, ShieldX wrote on a blog posted to the company’s website March 8. ShieldX said it can extend perimeter security and campus segmentation with east-west lateral movement prevention.

The joint company can better protect data and applications across all environments thanks to the combination of Fortinet’s network security and ShieldX’s customer visibility and controls, the company said. Fortinet’s threat intelligence and alerts combined with the analysis of traffic flowing east-west in the data center should lead to faster response times, according to ShieldX.

ShieldX said it can autogenerate security policies for proper segmentation as well as provide context and quantify risk for all assets communicating with applications. The company said its patented microservices architecture allows the platform to elastically scale security while recording all changes in a report to ensure compliance.

The company said its unsupervised machine learning can generate security policies based on the risk score associated with vulnerabilities in the application structure. ShieldX said it can also automatically prevent exploits from attacking the vulnerabilities through deep packet inspection as well as the automated creation and deployment of security policies.

This is Fortinet’s third deal in the past eight months, and comes three months after the company bought Panopta for US$34 million to automate management of servers, containers, applications, databases, cloud infrastructure, and virtual appliances. The company also bought Opaq for US$8 million in July to strengthen distributed network protection from data centers and branch offices to remote users and IoT devices.

ShieldX was founded in 2015, raised US$34 million of outside funding, and employs 43 people, down from a high of 64 employees in April 2019, according to LinkedIn and Crunchbase. The company closed a US$25 million Series B round in December 2017 led by Bain Capital Ventures, and followed that with an August 2019 investment for an undisclosed amount from Thomvest Ventures.

The same month Thomvest invested, Levine joined Shield X as CEO following nearly five years leading Waltham, Mass.-based data protection vendor Digital Guardian. “It did not take long for me to recognize that ShieldX is where I wanted to be, if the founders and board would have me,” Levine wrote on a ShieldX blog at the time of his arrival.