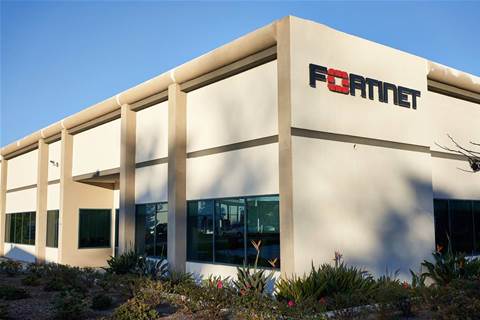 The  platform security vendor said its acquisition of Chicago-based Panopta will provide customers with a full picture of every service, network device and application in any deployment regardless of whether it’s on-premises, in the cloud, in a container or in a hybrid environment. Panopta’s network monitoring and diagnostics platform will strengthen Fortinet’s operations management muscle.

“Fortinet’s acquisition of Panopta complements our best-in-class security offerings with a SaaS platform that provides further network visibility and agile remediation for hybrid environments, including edge and cloud networks, to achieve even greater security and business efficiency,” Ken Xie, Fortinet’s founder, chairman and CEO, said in a statement.

Panopta was founded in 2007, employs 38 people, and has raised an undisclosed amount of money in two rounds of outside funding, according to LinkedIn and Crunchbase. Panopta founder and CEO Jason Abate isn’t mentioned in the acquisition press release, and Fortinet declined to comment on whether Abate will remain with the company.

“Panopta’s platform is built to be partner-friendly, empowering MSSPs and value-add partners to easily integrate the multitenant solution into their own offering,” John Maddison, Fortinet chief marketing officer and executive vice president of products, wrote in a blog post. “Role-based access control capabilities allow MSPs and MSSPs to separate their infrastructure by team, location or customer to keep deployments organized.”

Folding Panopta into Fortinet is expected to enhance the effectiveness of the infrastructure that powers Fortinet’s security services, including email, security analytics, web application firewalls and its SASE (Secure Access Service Edge) service. Panopta is also expected to enhance Fortinet’s SD-WAN connectivity and performance thanks to integration with the company’s SD-WAN and firewall offerings.

“Panopta surfaces warning signs and leading indicators on availability, performance, security, and service quality of applications and infrastructure,” Maddison wrote in the blog post. “This means that SASE services, email, security analytics, VPNs and web application firewalls can easily and continuously be monitored in real time to turn incident response from reactive to proactive.”

Panopta’s unified monitoring and automated incident management is expected to reduce response and resolution times for Network Operations Centre teams, helping them exceed their service-level agreements. The company also has more than 50 global points of presence with low-cost probes to simulate application performance and latency that may impact the end-user experience, Fortinet said.

Panopta is used by technology companies like HCL, Informatica and Nvidia to Ivy League institutions such as Cornell and Penn State to sports organizations like the Arizona Cardinals, according to the company’s website.

The Panopta transaction comes just five months after Fortinet bought Opaq for US$8 million to strengthen distributed network protection everywhere from data centers and branch offices to remote users and Internet of Things devices. In 2019, Fortinet bought SOAR provider CyberSponse for US$26.1 million and endpoint security startup enSilo for US$15.8 million.

All told, Fortinet has acquired 15 companies since its founding in 2000, according to Crunchbase.

Grabbing the hybrid cloud opportunity with Lenovo and Azure Services
By Michael Novinson
Dec 9 2020
11:39AM