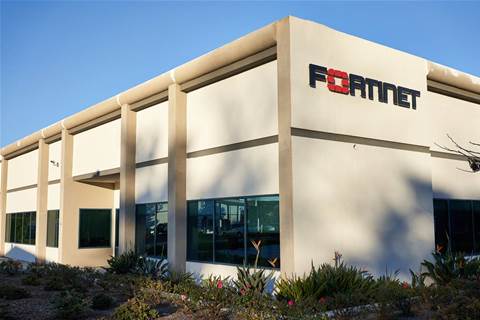 The platform security vendor said its two primary rivals got into the SD-WAN space via acquisition, and will therefore be slower going forward when it comes to innovation and responding to market changes.

Fortinet is currently third in SD-WAN market share behind VMware - which bought VeloCloud and Nyansa – and Cisco, which bought Meraki and Viptela.

“We continue to experience excellent adoption of our secure SD-WAN, and expect our unique solution to become the market share leader within a few years,” Xie said during an earnings call Thursday. “Even though they have a bigger installation base, the advantage we have from the product, from functions, from the cost side, I think will be huge and will have us keep improving the market share.”

Xie said Fortinet’s SD-WAN offering was built with security from the get-go and leveraged the company’s ASIC chip to rapidly increase computing power and lowering computing cost. He said Fortinet will have a huge advantage going forward as more customers look to have security infused into their SD-WAN tools.

SD-WAN accounted for 11 percent – or approximately $339.9 million – of Fortinet’s billings in 2020, doubling on a year-over-year basis, according to chief financial officer Keith Jensen.

Additionally, Jensen said Fortinet notched 16 SD-WAN deals worth greater than $1 million during the fourth quarter of 2020, up from 11 such deals a year earlier.

“The SD-WAN market will probably keep growing like 30-to-40 percent year-over-year this year,” Xie said. “And we do believe we will also keep gaining market share.”

Fortinet’s sales for the quarter ended Dec. 31 soared to $748 million, up 21 percent from $618.1 million a year earlier. That crushed Seeking Alpha’s quarterly revenue projection of $723 million.

Fortinet’s stock dipped $1.99 (1.27 percent) to $155 per share in after-hours trading. The company’s earnings were announced after the market closed Thursday.

From a geographic standpoint, Fortinet’s sales in the Americas rose to $301.3 million, up 19.5 percent from $252.2 million the year prior. The Americas accounted for 40.3 percent of Fortinet’s revenue in the quarter, which is down from 40.8 percent last year.

Grow your software revenue by selling these 5 affordable, essential tools for the modern workplace
By Michael Novinson
Feb 5 2021
11:55AM