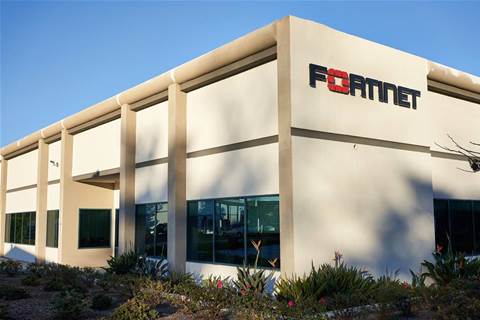 Fortinet has released a new cloud-native protection offering that it says will make it easier for channel players to help customers migrate to the cloud at their own pace.

Fortinet’s unveiling of FortiCNP, which the firm described as an integrated security platform designed to simplify a company’s cloud adoption, came on the first day of the AWS re:Inforce conference in Boston, where attendees are gathering to hear and learn more about all things AWS and cloud security.

The unveiling also comes as competition heats up to provide ever more cloud-native protections as companies increasingly move to the cloud, either all at once or in ‘hybrid’ stages.

Vince Hwang, a senior director of cloud security at Fortinet, told CRN US that the new FortiCNP will be available, for the time being, only with AWS’s cloud services. “We had to pick a starting point,” he said. “So we started with (AWS).”

But he said his giant cybersecurity firm hopes to expand FortiCNP to Google Cloud and Microsoft Azure over the “next few months.”

The basic idea behind FortiCNP is to provide a single platform with potentially multiple numbers of security tools ultimately chosen by customers.

FortiCNP’s Resource Risk Insights (RRI) technology will also produce “context-rich, actionable insights” that help teams prioritize the remediation and mitigation of risks without slowing down a customer’s business, Fortinet said in a press release, adding the product “points (IT) teams to the security alerts that matter most.”

Over the long run, the FortiCNP platform can integrate a number of security tools from Fortinet, cloud service companies like AWS, and other technology vendors.

Hwang stressed that customers deploy only what they want, depending on their unique needs and based on the pace of their migration to the cloud.

“Fortinet is going to do the heavy lifting,” Hwang said of the backside product integration work involved. “It’s not just Fortinet for Fortinet. It’s whatever (tools) the customer wants, no matter what tools.”

“We’ve simplified the protections” needed to migrate to the cloud, he added. “It’s our new cloud-native platform.”

By handling much of the product integration and other work for customers, portions of FortiCNP’s offerings are “almost like a service,” Hwang said.

For channel partners, multiple cloud-native security products running on one platform is an efficient and time-saving feature for MSPs, resellers and others dealing with customers, Hwang said.

“This is a great tool for them,” he said of channel players.