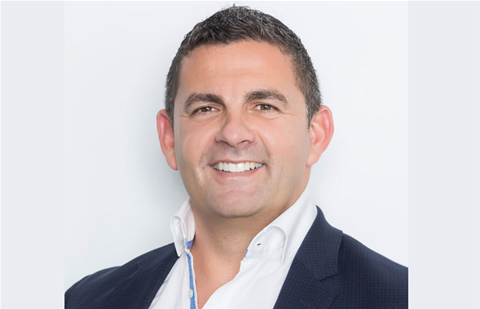 Sydney MSP Forum Group is up for sale after the company’s bank Westpac filed a lawsuit against founder Bill Papas.

On 2 July, Reuters reported that the bank had launched a lawsuit against Papas to recover the  $285 million it alleges was stolen by Papas who is reported to be living in Greece, according to The Australian Financial Review.

French investment bank Société Générale is also suing Papas and one of his other companies for $9 million for alleged fraudulent loans.

The business was put up for sale on the Instruction of Voluntary Administrators, Domenic Calabretta, Thyge Trafford Jones and Grahame Ward from law firm Mackay Goodwin after the company entered voluntary administration on Monday 11 July.

Mackay Goodwin did not respond to CRN’s request for information.

Founded in December 2011 as an IT managed services group focusing on office printers and copiers, Forum Group then expanded into accounts payable and paperless document systems.

The business has a turnover of approximately $45 million, from some 2000 prime corporates, NGOs and Charitable Institutions, and presently employs some 126 staff, according to the sale listing.

“The business concept and performance has proved itself valuable to its customers and offers a proven and successful IT services platform at substantially less than the cost of starting a new venture of the same type,” the sale advertisement read.

At the centre of the turmoil are reports that Papas forged client’s signatures in order to attain loans from Westpac for which the client was listed as the debtor when the money went directly to Papas through Forum Finance, one of Papas' other companies.

Sydney-based MSP Tecala entered into an agreement with Forum Group for customer referral in September 2020 and the company’s managing director Pieter DeGunst told CRN the company received the information on the controversy surrounding Papas when it was revealed in the press on Friday 2 July.

“We quickly looked at getting communication from Forum as to what was going on, but there wasn't really any forthcoming, Bill [Papas] was not contactable.”

“We really had to respond to the bank activity and equally, that Forum was put into administration, which guided our decision.”

DeGunst said he made the decision to terminate the agreement with Forum Group on Monday 5 July.

“Since then, we've spoken to any of the customers that we had either jointly engaged with, or where there's prospects currently on the table, we are now doing direct business with those clients.

“Thankfully, from our perspective, the partnership was really only a referral partnership, so we have no commercial exposure, no joint contracts.

Degunst said he never had a personal relationship with Papas and the deal with Forum Group was purely commercial.

“We were always cautious with our partnerships anyway, in terms of referral partners who are able to bring clients to you for you to talk to directly and do business with, versus tying your business into that organisation, which we've never done.

“I'd probably say that that's the thing for people to consider when they are forming partnerships.”

Degunst said Tecala has no intention of purchasing Forum Group.

“The managed print side of the business is not a business that we're in. So no, we've got no intentions. The business is obviously under the control of the administrators. So I imagine any of the managed print providers or anybody in that space would probably be taking a look at it, because they do have a reasonably significant scale and customer base. We are not considering anything to do with that.”

On Tuesday 13 July, the AFR reported that at least 30 jobs had been lost within the Iugis companies within the Forum Group of Companies, which is the ultimate parent company of a range of Forum businesses.