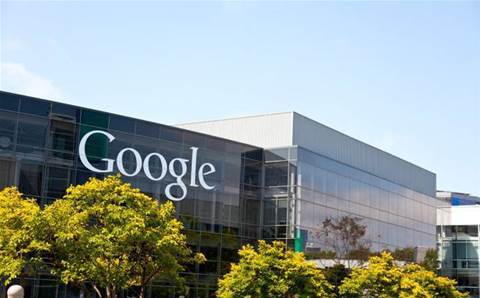 Here are a bunch of the highlights that didn't quite warrant their own news story, but might make you nod approvingly too.

When I reviewed the Samsung Galaxy S8, the Bixby functionality was somewhat half-baked, but the potential was clearly there. In theory, it could recognise anything from your photos and extract data from them, giving you shop links or simply tell you what you're pointing your camera at.

With Google Lens, your smartphone camera won%u2019t just see what you see, but will also understand what you see to help you take action. #io17 pic.twitter.com/viOmWFjqk1

Google Lens does this, but it actually works – or it seemed to in Google's demos, anyway. It could recognise buildings, add dates and times of concerts to your calendar and even read the wi-fi password off your router to connect you without the fuss. Neat.

That wasn't the only place where Google was flexing its machine learning muscles. And because humans are so maddeningly predictable, this means Google thinks its devices now know what you want well enough to take some liberties. Smart Reply on Gmail, for example, will understand the context of an email and give you a bunch of canned responses based on the type of question.

Google's main machine learning playground is Google Photos, which can track down specific photos of objects, people and places from your gallery with just a single keyword. But Google is now so confident that it can recognise what makes a good photo, that it's in the business of selling personalised photo books, which it will sell for US$10-US$20. In other words, AI can take the human touch out of that thoughtful, personalised gift. Hmmmm.

Android is getting more refinements

When I reviewed Android Nougat, I suggested that it was so sophisticated that there wasn't much left to add. That's still true, but there are some nice refinements still to be made, it turns out. Most exciting is the picture-in-picture support, meaning that you could be watching a YouTube video, and then press the home button and find it reducing in size, allowing you to open up (say) a text editing app, and make notes. Handy.

#AndroidO will bring more fluid experiences to mobile screens, along with improved "vitals" like battery life and security. #io17 pic.twitter.com/GdhPChWpAr

I guess that also means you can live-tweet Question Time if that's what you're into. Not that I ever do that.

There are seven billion people on the planet, and there are two billion monthly active users on Android. Even allowing for people with multiple devices, that's a pretty impressive achievement. Still: Google isn't sitting on its laurels, and it's pretty clear where it sees the low hanging fruit for further expansion – the developing world.

To that end, the company announced Android Go. It's a lightweight version of Android designed for cheaper phones, and it will be automatically used on devices with less than 1GB RAM when Android O is released. As well as just running that bit better on slower devices, Android Go will come with its own version of the Google Play store which will highlight apps that are equally optimised: in other words, they should be under 10MB in size, work well when not connected to the net and support slower devices.