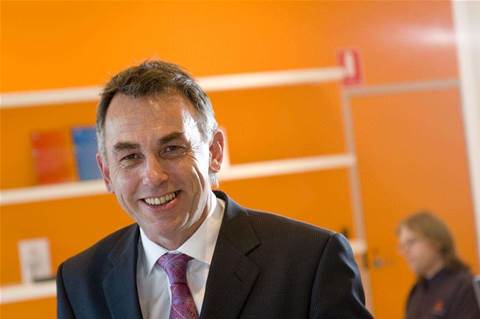 Four Internode executives including the company's CIO and long-running network engineer Mark Newton have been made redundant in a wide-ranging restructure of the telco yesterday.

In a letter to staff this morning sighted by CRN, chief executive Patrick Tapper said the company had laid off Newton, along with Frank Falco (CIO), Andrew Walton (IT systems and network operations centre manager) and Matthew Moyle-Croft (peering, commercial and DSLAMs team lead).

Regulatory and corporate affairs manager John Lindsay would assume some of the technical operations responsibilities left open in the absence of Moyle-Croft, Walton and Newton in an interim role.

Newton made his departure publicly known on Twitter this morning.

"It's become necessary to make those critical changes within that team – none of which has been an easy decision to make," Tapper wrote in the email to staff. "The team's ability to deliver and operate effectively, like every other part of the business, is absolutely critical to our future success."

It is believed the restructure yesterday was the pinnacle of an ongoing company reorganisation of technology teams over the past six months in an effort to be more competitive under a National Broadband Network environment.

Sources said the reorganisations had been "boiling up" to the restructure and ultimately resulted in the redundancies this week.

It was not believed the reorganisation was a direct result of Telstra's aggressive pricing over the past year, which had reportedly put a financial strain on Internode.

"It's imperative that we've made these changes in order to make the best of our Technology team," Tapper said. "Rebuilding the team, as now will, means we're also able to support the rest of the business (operations and finance) to the best of our ability in order to support our customers and deliver true value to them during this period of high competition.

"Although we have been through some very difficult times, especially over the last 12 months, we need to, and will continue to change and improve the way we do business."

Grow your software revenue by selling these 5 affordable, essential tools for the modern workplace
By James Hutchinson
Sep 5 2011
6:48AM